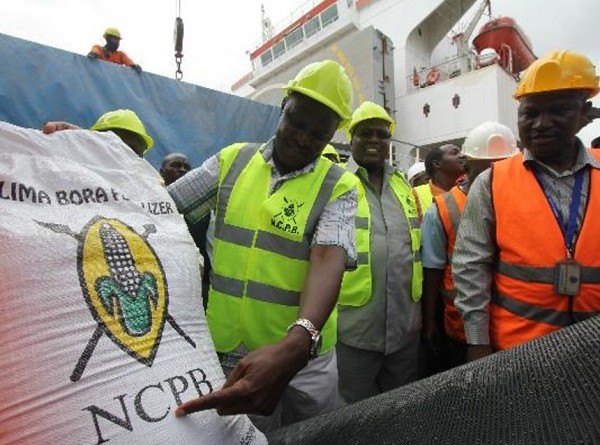 The Kenyan government has suspended 22 managers of the National Cereals and Produce Board (NCPB) to facilitate the investigation of the theft of government-supplied subsidized fertilizer. The country’s Agriculture principal secretary Richard Lesiyampe commented that at least 10,000 bags of the crop nutrient, which had been stolen from government stores, were intercepted and returned to the shops. Kenya imported 137,000 metric tons (2.8 million bags of 50 kilograms) that it subsequently subsidizes for its farmers.

The fertilizer was distributed through the NCPB but thousands of bags were stolen or sold to businessmen in the open market, where a bag of the crop nutrient costs Sh3,000 but the government subsidy decreases the price to Sh1,800 per bag of planting fertilizer and Sh1,500 per bag of top dressing fertilizer.

“There have been reported cases of the subsidized fertilizer finding its way into the hands of unscrupulous traders who have been found repackaging or adulterating the fertilizer. This could be in collusion with the officers of the Board,” the NCPB Chairman Geoffrey King’ang’i said. The board’s Managing Director, Newton Terer, added that “the Ministry finds this situation unacceptable as it undermines the overall goal of ensuring food security. It has therefore been decided that officers responsible for regions, depots and headquarter functions involved in the malpractice be suspended forthwith to pave way for thorough investigations”.

The affected offices are all over the country, including Karatina, Nanyuki, Nakuru, Eldama Ravine, Kitale, Kisumu, Changamwe, Kobujoi, Turbo, Thika, Meru, Mosoriot, Kithimani, Kilgoris, and Enoosaen. The suspension comes after a number of farmers in Uasin Gishu and Transs Nzoia complained that the fertilizer they obtained from the cereals board was adulterated and led to withering of their maize crop. The government says that tough action will last for up to a month or until investigations are concluded.