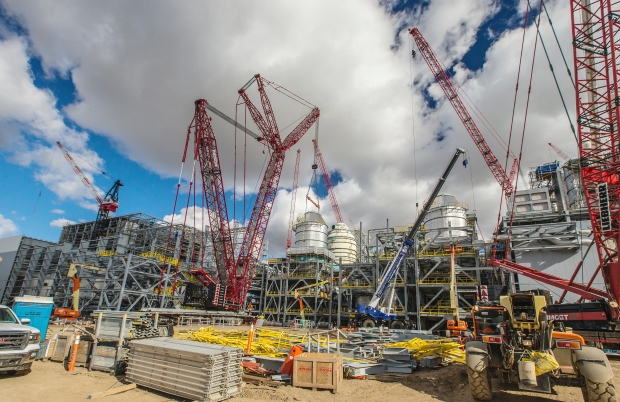 K+S Potash Canada, a subsidiary of the German giant K+S AG, said that the construction of Saskatchewan’s first greenfield mine in 40 years is within budget and on schedule. The work on the $4.1 billion Legacy Project potash mine and production facility started in 2012 and is on track to start production at the end of 2016. Up to date, about 70 percent of the budget has been spent and the mine is scheduled to start commissioning already in the upcoming summer.

Sam Farris, general manager of operations for K+S Potash Canada commented that “now we’re kind of moving into the final pre-operational phase.” He said that the mine and production facility were now well over half-complete with most of the core construction being near completion. Detail work is planned for the coming months. Mr Farris commented that “there is things going on, from the last of the structural steel and setting of the equipment,” and adding that the project is “now really getting into the piping and electrical instrumentation work.”

The Legacy Project is a solution mine, with potash being buried underground and dissolved in water, which is then pumped to the surface to be processed. The potash is subsequently extracted from the brine using evaporator. The company is using an integrated approach in order to minimize possible ripple effects caused by unexpected delays, which are common in projects of this magnitude. Mr Farris confirmed that the facility would make its first production by the end of the next year. “Then we basically do a ramp-up more or less through ’17, so we’re expected to be at our full two million ton per year capacity by the end of 2017,” he added. He moreover reiterated that K+S is committed to the Legacy Project in the long run and therefore has a viable long-term strategy in place.