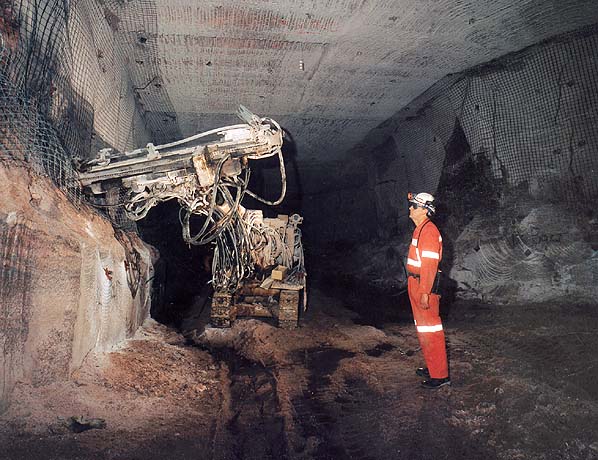 Cleveland Potash, at Boulby, is about to axe about 220 in-house jobs as well as 140 contractor roles. The company has already started consultations with workers. Cleveland Potash’s parent company ICL UK admitted the move was a painful decision for them but warned that a similar number of jobs will have to be axed in 2018. The company said that the reason behind the downsizing is a “reduction in the level of economically-feasible potash reserves at Boulby, which the company estimates will be depleted by 2018”.

The potash plant, which currently gives jobs to about 1,100 people, will manufacture another fertilizer, called Polysulphate. ICL’s Vice President, Peter Smith, commented that in recent months the company “encountered geological problems which have affected previously high-yielding areas of the mine.” He added that the ICL’s “exploration program, validated by independent consultants, confirmed further geological difficulties, which means that we have only a very limited level of economically feasible potash reserves.” Mr Smith further stressed that “the reality of our potash reserves running out by 2018 means that we must develop a new business strategy if we are to continue mining at Boulby.”

ICL UK said it that would invest £20m in 2015 in the site’s infrastructure with the possibility of further £20m to boost output of Polysulphate from an estimated 200,000 tons this year to one million tons by 2020. Middlesbrough South and East Cleveland Labor MP, Tom Blenkinsop, said that the downsizing was “devastating news for miners and their families”. “It just seems to be everywhere you look, we are seeing huge amounts of redundancy in our industry and it’s surely unprecedented, and all within the borough of Redcar and Cleveland,” he summed up the while situation and the generally bleak job prospects in the industry.