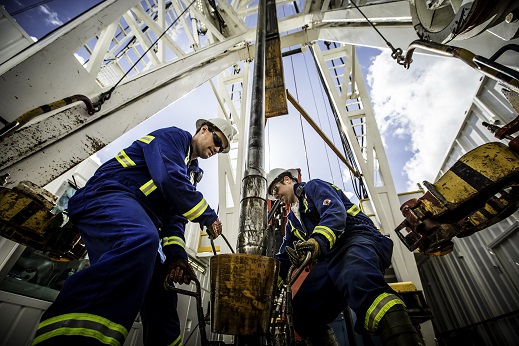 K+S Potash Canada (KSPC) has just taken delivery of 177 rail cars, which will transport potash from its Saskatchewan Legacy Project to its handling and storage facility in Port Moody, B.C., thus moving one step closer to starting the production. Legacy is a greenfield project that is setting up potash production on the basis of solution mining. It is expected to produce two million tons of potash annually once at full capacity.

“The arrival of these rail cars demonstrates how close we are to production, which is expected to begin in the second quarter this year,” Dr. Ulrich Lamp, KSPC’s CEO, said in a statement adding: “To see them here, branded with our company name and ready to carry our first marketable product, is really exciting.” K+S Potash officials said that the 177 custom-built rail cars are enough to complete one of three trains to transport its potash. The firm has overall ordered 531 rail cars, which were designed by National Steel Car.

The cars can be loaded while in motion and although they are a bit shorter in length than a regular rail car, they can carry the same amount of volume. “Once the trains arrive at our facility in Port Moody, they will be unloaded by automatic conveyor to our warehouse or directly onto a ship at one of the world’s most modern potash handling facilities,” Steffen Brill, the senior manager for logistics and transportation, explained and added: “From there, they’ll be shipped to regions worldwide.”

Canadian Pacific (CP) has just finalized a 30-kilometer subdivision at Belle Plaine, Sask., which will connect the $4.1 billion mine to the main line. “The construction of the Belle Plaine subdivision is the largest single rail infrastructure project in CP’s recent history,” Keith Creel, CEO of CP, said. “We are thrilled to be the exclusive rail provider to Saskatchewan’s first potash mine in more than 40 years, providing the most modern rail infrastructure of all of the Saskatchewan potash mines.”