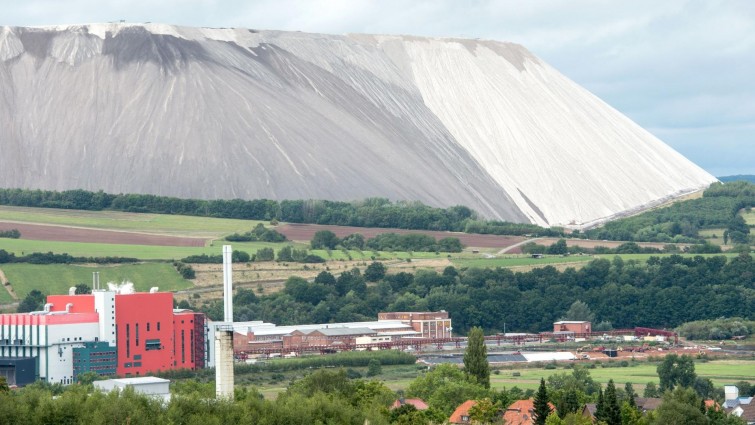 K+S has restarted its production at the Wintershall (Heringen) and Hattorf (Philippsthal) potash sites in Germany after it had been interrupted due to the long-lasting droughts, which caused the water levels to be very low in the Werra River. As a result, the disposal of saline wastewater was only very limited or impossible. The plan is to return to full, unrestricted production by 1 October.

“Our team has coped with this extraordinary situation with great flexibility and also helped out at sister sites in the interim. My thanks, therefore, go out to all the colleagues at the Werra Plant”, K+S CEO Dr. Burkhard Lohr commented. Over something more than a month, a one-off disposal of the tailings piles and production water in Saxony-Anhalt and Lower Saxony has created enough space to free the capacity in the onsite storage basins to be able to resume output. Moreover, two extra storage basins were also made available.

In August, K+S hinted that production could be affected due to the long-lasting extreme drought conditions. This has in turn had a negative effect on the revenue – the losses per day were estimated at up to €1.5 million per site. Due to the mandatory standstills, K+S forecasts a negative effect of around €80 million in the third quarter. Currently, no further output stoppages are envisaged through the end of this year. Yet, they cannot be completely ruled out because the recent rainfall has not yet normalized the water levels. As such, further extensive shipments of saline wastewater for offsite disposal might be turning up in the upcoming months. K+S will publish new earnings estimates for 2018 after Q3 results are presented in mid-November.