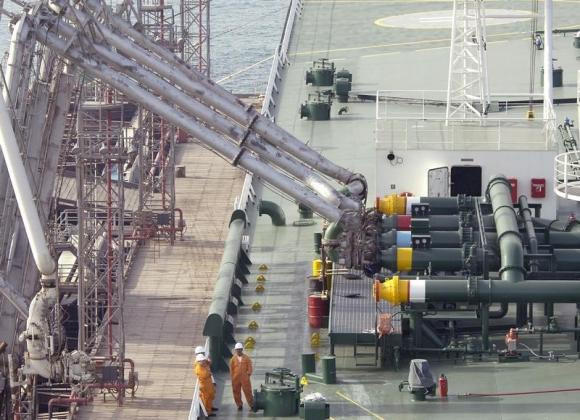 Kuwait seeks to challenge its traditional Gulf ally and bigger neighbour, Saudi Arabia, in a contest over market share in Asian oil markets. The battle for Asian customers has grown increasingly competitive and the small Gulf country is now offering its oil to its Asian buyers at the widest discount to a comparable Saudi grade in a decade. Kuwait, just like Saudi Arabia and Iraq, has decreased its oil prices supplies to its Asian customers, highlighting the scope of competition throughout the entire region.

Gulf countries have been turning towards Asia for some time due to softening demand both from the United States in the context of its rising shale oil production, and Europe because of its lukewarm economic performance. Asian markets have thus become a primary focus for the world’s major oil players. As Daniel Sternoff of Medley Global Advisors explains, “there are clear signs of more competitive pricing albeit not of a price war”. Kuwait, for instance, is already now selling its oil at a price cheaper by 50 cent per barrel compared to Saudi Arabia. Iraq, the second largest oil producer of the Petroleum Exporting Countries (OPEC), has also decreased the price of its Basra Light Crude after Asian customers had become worried about the potential disruption in oil production due to insurgencies and overall instability in the country.

Kuwait, Iraq, and Iran normally set the price of their crude using the Saudi price as a benchmark. However, the price cuts of the world’s largest exporter for a fourth consecutive month mean that the price followers might find it difficult to protect their market share. Last week, Saudi Arabia substantially decreased its official oil prices for Asia clearly demonstrating its intent to maintain its current market share. In response, both Kuwait and Iraq are expected to cut their November prices by at least 70 cents from this month. If so, it will be their lowest price offered since January 2009.