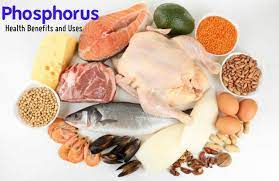 PHOSPHORUS IN GLOBAL AGRICULTURAL PRODUCT TRADE —- Phosphorus in traded crops and livestock products (not including P traded in fertilizers, phosphoric acid, other chemicals, phosphate rock) is estimated to be about 16% of that in harvested biomass, a study entitled ‘Influences of International Agricultural Trade on the Global Phosphorus Cycle and Its Associated Issues’ published in Global Environmental Change has found. This means an estimate of 17.5 MtP/y in harvested biomass, which compares to the ESPP Phosphorus Factsheet estimate of 17–24 MtP/y in phosphate rock mined annually worldwide. The study estimates a global cropland soil phosphorus budget (inputs, outputs) assuming losses by leaching + runoff of 12.5%. Phosphorus (P) in globally traded crops and livestock products is estimated at 2.8 million tonnes P/year and only 12 countries were net P exporters and the biggest net P-exporters were the USA and Brazil, the biggest net importer was China. The authors estimate that global trade in agricultural products saves net about 0.2 MtP/y because of different P use efficiencies between countries. The authors underline that much larger savings could be made by global cooperation to improve PUE (phosphorus use efficiency).
USE OF PHOSPHATES IN COSMETICS IS SAFE —- Phosphoric acid and inorganic phosphate salts are safe “as used” in cosmetics, a 52-page analysis of toxicology data, based on over 150 references, has concluded. Entitled ‘Safety Assessment of Phosphoric Acid and Its Salts as Used in Cosmetics’ and published in International Journal of Toxicology 2021, the review covers phosphoric acid and calcium, sodium, magnesium, potassium phosphates, metaphosphates and pyrophosphates. The most widely used inorganic phosphates in cosmetics are indicated to be phosphoric acid (mostly in wash-off products) and dicalcium phosphates (mostly leave-on). Dicalcium phosphate is indicated to be used at up to 50% in toothpastes. The review considers skin irritation, oral toxicity, accidental inhalation and possible long-term effects. Phosphoric acid is irritating and corrosive at low pH. The analysis concludes that all of these inorganic phosphates are safe for use in cosmetics when formulated to be not irritating.
PHOSPHORUS IN HUMAN HEALTH —- This 88-page review entitled “The Emerging Role of Phosphorus in Human Health” focuses on some emerging human health research areas such as phytate, phosphate polymers and phosphorus action as a signaling molecule. The authors note that levels of P in human diets worldwide are on average twice that needed by the body, posing questions of possible health effects of high P intake, especially with phosphate food additives which are much more bio-assimilable than most P in foodstuffs. Phytate, a widespread form of P in plant materials is generally considered to be not digested by humans, so that its P content is not absorbed in the gut. However, recent research shows that some phytate may be available, especially if the diet is low in calcium. Dietary phytate has benefits of reducing absorption of fat and sugar from food, but can also reduce absorption of essential minerals such as Zn, Fe, Ca. Mechanisms of P homeostasis in the body are detailed, including the roles of calcitonin, vitamin D, PTH (parathyroid hormone), GFG23 and Klotho. Possible health effects of high blood phosphorus are suggested including feedback on these signaling molecules, insulin secretion, bone health, calcification of arteries and modification of vascular smooth muscle cells (VSMC), brain health, kidney health, cell autophagy (self-destruction) and ageing. Inorganic polyphosphate polymers, found in mammal cells at very low levels, are an emerging area of research. They appear to be involved in energy storage, would healing and inflammation, protection of protein structure, neuron health and vascular functions. The authors suggest that more research is needed into possible health impacts of high diet P, in particular on brain health, and into possible induced changes in polyphosphate levels.