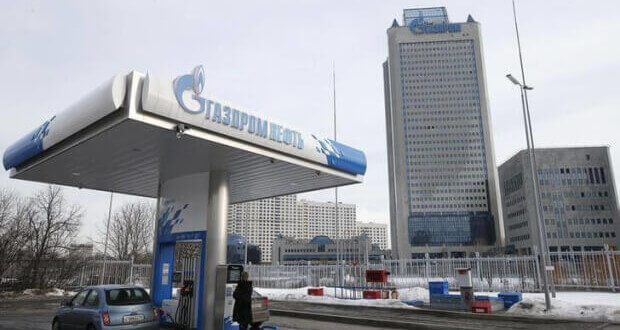 The main problem with the October 2014 agreement on gas supplies between the European Union, Ukraine and Russia lies in that it failed to resolve the long-term conflict over this strategic energy resource between the latter two countries. Divergent objectives, growing mistrust and legacy issues between parties all mean that no kind of long-term viable arrangement could be achieved without further escalation of the already tensed relationships. If not supported by the EU, Ukraine is likely to enter a new unfavorable gas arrangement with Russia, which could have serious implications for other stakeholders beyond the energy sector.

Russia links its economic and also political goals with gas that makes up about 14 percent of its exports in 2013. Gazprom monopoly operates as a main tool of power manipulation, whereby its methods include for instance lobbing in the EU institutions, setting of the price depending on the degree of the particular state’s dependence on the Russian gas, negotiating of the long-term contracts for large volumes of raw material and, last but not the least, transport scheme diversification that Moscow employs to deprive transit countries of their assets.

Moscow’s long-term policy is to keep Ukraine in its sphere of influence, which is also why it constantly seeks to exert pressure on Kiev through gas trade. Any reduction or suspension of the supplies would cause serious economic damage to both Ukraine and the EU. Last year Russia turned off the gas tap to Ukraine, which is a tangible proof that Moscow does not hesitate to use this leverage. Moreover, there are also rumors that the reduction of gas supplies to Poland, Slovakia and Austria is a threat aimed at these countries to discourage them from providing gas to Ukraine via reverse flows. This also shows that any risk of penalization for not supplying the energy resource in an agreed quantity according to the signed treaties is not taken really seriously by Moscow.

The EU, the world’s biggest natural gas consumer, uses two strategies to respond to these challenging external conditions. Firstly, it is trying to create a unified energy market that would support competition and put pressure on price reduction. Secondly, it is on the lookout for new sources of energy beyond Russia. However, the real downside of this strategy is that the EU Member States do not fully cooperate in this policy area. Some members, such as Austria, Slovakia or Hungary, would like to keep their advantageous position of being a transit or nodal country and, consequently, they do not support any legislative changes related to the energy market. In addition to that, there is no agreement on Russian-Ukrainian conflict and the sanctions policy among the individual EU Member States either. Not to mention that finding a viable alternative to the Russian gas (for example via LNG transportation of the US shale gas) would also result to costly compensation for states that are more dependent on fuel supplied by Gazprom.

A long-term solution for Ukraine should be based on the diversification of energy sources in combination with maintaining its position of an important transit country, which also helps fill the state’s coffers. Nevertheless, Kiev’s persistent unwillingness to reform domestic market, which is subsidizing its consumers, coupled with Russia’s policy of obstruction and the uncertainty regarding the future contract conditions, are all significant drawbacks in that regard. These short-term, but significant problems are de facto hindering Ukraine from finding solutions to its long-term problems. The EU aid that is sufficiently credible and an alternative gas supply via reverse flows from the European market in the first place currently seem to be the only way to overcome these long-standing problems and to provide the stability, which would in turn facilitate the urgently needed reform of the Ukrainian gas market.