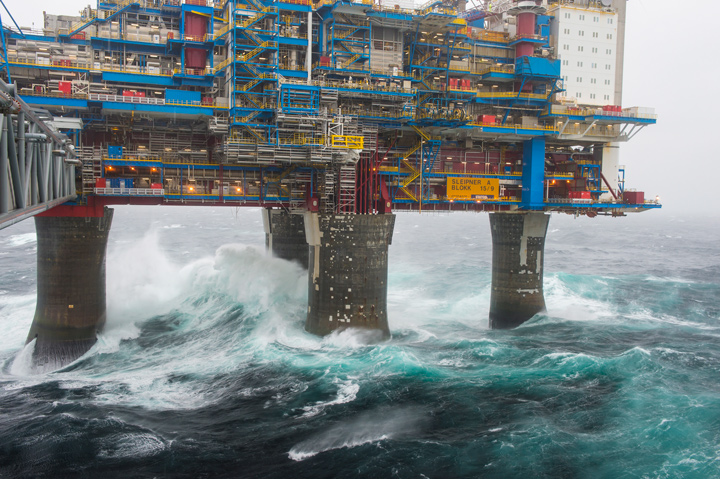 European companies are planning to drill oil in the continent’s northern waters as world leaders prepare to meet for UN climate talks in Germany. Oil output in Europe has declined sharply since the turn of the 21st century and this trend is obvious especially in the hubs – the offshore waters of the UK and Norway. British production was below 48 million tons in 2016 compared to its peak of 137 million in 1999. Norwegian production was at its highest in 2001 when it was peaking at 163 million tons. In 2016, it was about 90 million tons. However, these two cases notably differ – while UK production dropped by 16% in five years, Norwegian output has ticked upward since the 2012 low of 87 million tons.

Amid robust global demand, there are signs that Norway would like to increasingly boost its production. There is also a major push to drive this trend further and European companies are readying to start drilling in Europe’s most inhospitable waters. However, there is a barrier to oil exploration in the northern-most waters – public opinion – though the interest is substantial. According to Sissel Eriksen, Exploration Director at the Norweigian Petroleum Directorate (NPD), 2017 will be a record-year with regards to exploration wells drilled in the Barents Sea.

Since 2014, oil prices have languished stubbornly at around $50 a barrel and various reports have suggested that the world’s demand could reach its maximum this year. Yet, it seems that it is too soon to expect a switch to electric cars or more awareness of climate change so the projected peak of the global demand is nowhere to be seen. “We don’t see a peak in oil demand any time soon. And unless investments globally rebound sharply, a new period of price volatility looms on the horizon,” IEA Director Fatih Birol commented earlier this year.