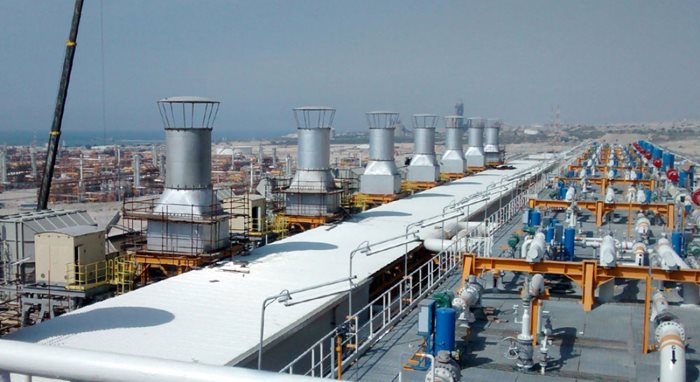 Iran has almost doubled its gas output at South Pars, the world’s largest gas field, in 2017. Gas production at South Pars went up from 285 million cubic meters to 555 million cubic meters in the past Iranian calendar year, Iranian President Hassan Rouhani said. “We did not have the need to purchase gas from any country this year for them to try to be fickle or raise prices,” he commented.

Total signed a contract with the country last July to work on phase 11 of Iran’s South Pars field with an initial investment of $1 billion. It was the first major Western energy investment in the country since sanctions over Tehran’s nuclear power program were relaxed. The French company will be operating the project with a 50.1 percent stake, alongside Chinese state-owned oil and gas company CNPC with 30 percent and National Iranian Oil Company subsidiary with almost 20 percent.

South Pars is Iran’s part of the globe’s largest gas deposit, shared also with Qatar. The Persian Gulf field is at the heart of a dispute embroiling Qatar and a few Arab neighbors. Iran holds the world’s largest gas reserves, estimated at 33 trillion cubic meters, and is the third-biggest oil producer in the Organization of Petroleum Exporting Countries (OPEC).

On a separate note, Iranian Minister of Industry, Mine and Trade, Mohammad Shariatmadari, said over the past weekend that the Islamic Republic has received 1.9 billion dollars in foreign investment since Mr. Rouhani began his second presidential term last August. Tehran is trying to woo companies such as Total, Royal Dutch Shell, and Lukoil to invest in the country’s oil and gas industries but the uncertainty surrounding the United States’ position towards the sanctions over the nuclear program makes some companies hesitant to fully engage with the Islamic Republic.