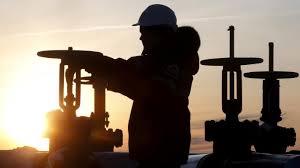 OPEC and non-OPEC oil producing countries agreed last week (30 November) to prolong the oil production cuts until the end of next year as they are trying to ease the global oversupply of crude. Both sides, however, signaled that they were ready to adjust and/or exit the deal if there are signs of the market overheating.

Russia, the lead non-OPEC producer, has seen its production drop significantly for the first time under the deal. It has been therefore pushing for a clear message on how to exit the cuts so the market does not fall into a deficit too soon since the prices are not really propping up fast enough due to US production. Russia needs lower oil prices to balance its budget than Saudi Arabia, which is readying a stock listing for Aramco, its national energy champion.

The producers’ current agreement, under which they are cutting supply by about 1.8 million barrels per day, in an effort to raise oil prices, ends in March 2018. Saudi Energy Minister Khalid al-Falih said that the OPEC and its allies had agreed to extend the cuts by nine months until the end of 2018, as largely expected by the observers.

The cartel also decided to cap the combined production of Libya and Nigeria at 2017 levels below 2.8 million bpd. Both countries have been exempt from the deal due to security concerns and lower-than-normal production. OPEC and Russia together produce more than 40 percent of global oil. Moscow’s first real cooperation with the cartel, which was set up by Russian President Vladimir Putin, has been crucial in decreasing global oil stocks since January.