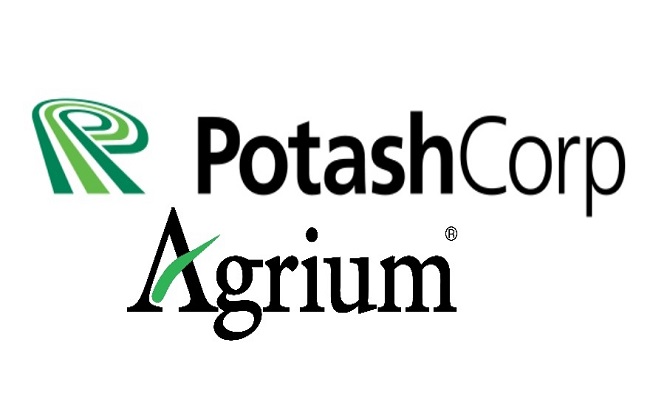 Potash Corporation of Saskatchewan and Agrium Inc, two Canadian fertilizer producers, will merge. The decision has come amidst challenging industry conditions and it is hoped to boost efficiency and decrease cost despite the fact that the merger will likely attract more regulations and scrutiny. The deal combines Potash’s crop nutrient production capacity and soft farm incomes with Agrium’s farm retails network, potash mine and fertilizer plants.

Potash shareholders will own 52 percent of the new company, whose market capitalization is assessed at $26 billion. Agrium shareholders will own the remaining 48 percent if the merger is finalized by mid-2017 as planned. The new company will be led by Chuck Magro, Agrium’s CEO. Potash’s CEO, Jochen Tilk, who will become executive chairman, said that the structure would create an “equal partnership,” while adding that “Chuck and I will run this company together”.

Mr Tilk further expressed his confidence that that the merger would be approved by regulators without the need of divestures. However, some analysts are skeptical regarding the approval as the newly established company would control about one third of phosphate and nitrogen capacity in the world and about two thirds of North American potash capacity. Moreover, the deal will leave Mosaic Co as North America’s only other major fertilizer producer.

When the industry is dominated by just three companies, a merger of two of them generally raises some concerns. “This deal has some real antitrust concerns,” said Seth Bloom of Bloom Strategic Consulting. Yet, market analysts have warned that an antitrust review is probably not going to happen before January next year, when a new US president takes office. Fertilizer accounts for almost one-third of the costs incurred by the US corn farmers, who are already being hurt due to falling grain prices.