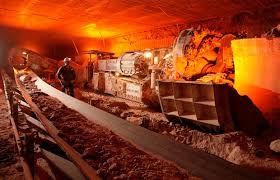 Saskatoon-based Potash Corporation of Saskatchewan Inc. said it was about to temporarily curb production at two mines to balance its overall production. The Canadian corporate giant said last week that it would cut output at its Allan mine for 10 weeks starting 19 November, and at its Lanigan operation for eight weeks starting 3 December. PotashCorp further said that the decision would help balance supply and demand as well as make the full use of its lowest cost Rocanville facility where the company recently finalized a major expansion.

PotashCorp has not yet determined how many of it employees may be temporarily laid off. The company is instead looking into ways to reassign employees during these periods of lower output to other areas including essential services, capital projects and maintenance activities. The company said in its September market overview that the global supply and demand balance was tightening thanks to higher prices after years of decline.

PotashCorp is the talks to finalize its merger with Agrium Inc. with both companies expecting approvals from the United States, China, and India before the end of this year but the transaction is expected to be postponed due to trade issues. The deal will bring to life a new company – Nutrien – combining PotashCorp’s massive network of fertilizer mines and Agrium’s global direct-to-farmer retail network. Nutrien is expected to be worth $36 billion and it will be the world’s biggest producer of potash and number two producers of nitrogen fertilizer, giving employment to more than 20,000 people worldwide. The merger was initially expected to close in the third quarter of 2017.