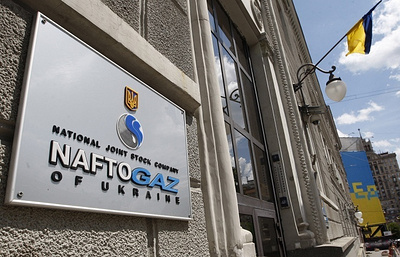 The Charter of Naftogaz, the national oil and gas company of Ukraine, has been changed in violation of a contract with foreign creditors, a decision that could complicate a $500 million loan for important gas purchases from Europe. “These funds are essential for gas purchases that will allow Ukraine to get through the winter season in a stable manner,” Naftogaz commented.

The European Bank for Reconstruction and Development (EBRD) also commented on the move, saying that it was concerned about the transfer of control of the company’s gas transport arm last week, which violated corporate principles. Last year, the Ukrainian government approved a reform of the corporate governance of Naftogaz in exchange for loans worth about $800 million from the EBRD and the World Bank to purchase gas from Europe for the upcoming winter. However, Naftogaz said that the change in the charter violated this agreement with the EBRD and thus could potentially lead to a default on the debt.

The EBRD along with other international creditors have urged authorities to prioritize the restructuring of the industry and Naftogaz to stick to the terms of the deal. “The EBRD is looking into this, if the development is confirmed, this is a very serious matter. We do expect that our partners (Naftogaz Ukraine) will honor their commitments and continue building Naftogaz into an example of corporate governance reform,” an EBRD spokesman commented. Naftogaz is Ukraine’s largest energy firm active in each part of the gas industry. For almost a year, Ukraine has not bought any gas from Russia and instead imported 10.33 billion cubic meters from Europe. The country itself produced almost 20 billion cubic meters of gas in 2015.