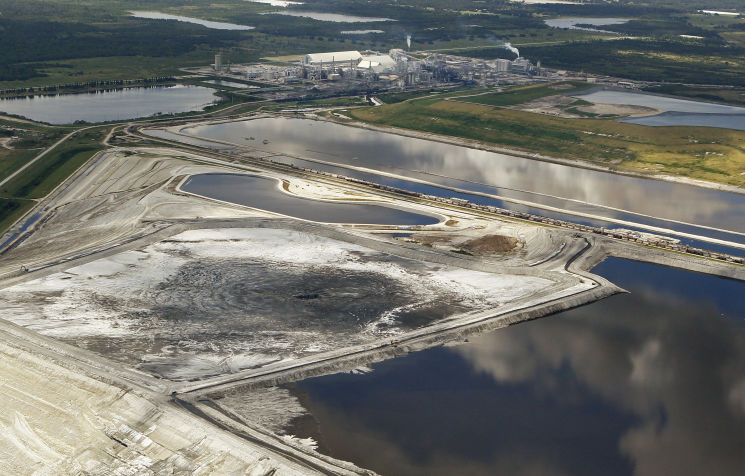 More than 200 million gallons of radioactive water leaked to a main source of Florida’s drinking water as a result of a huge sinkhole at Mosaic‘s New Wales fertilizer facility. The sinkhole opened up under a pile of waste material at the plant of one of the world’s largest suppliers of phosphate.

A storage pond of 215 million gallons of radioactive water, which sat atop the waste mineral pile, leaked into the state’s aquifer system supplying drinking water to Floridians. The sinkhole was discovered in late August after an employee had noticed that water levels had dropped in phosphogypsum. Water had damaged phosphogypsum stacks created during the processing of phosphate to make fertilizer. The pond on top drained as a result and took gallons of acidic water, laced with sulfate and sodium, into the sinkhole.

Aquifers are underground layers of water-bearing permeable rock, rock fractures or unconsolidated materials from which groundwater can be extracted using a water well. The Floridian aquifer is one of the world’s highest producing and is the major source of groundwater for most of the state. It extends into three southern states – Alabama, Georgia and South Carolina.

Mosaic confirmed that it was closely monitoring the situation and has found no proof that any off-site water has been contaminated. “Groundwater moves very slowly,” David Jellerson, Mosaic’s Senior Director for Environmental and Phosphate Projects, commented. “There’s absolutely nobody at risk,” he said. The company also added that there is still some seepage but said that its decision not to inform the public for more than three weeks after the discovery was due to the fact that it found there was no risk.