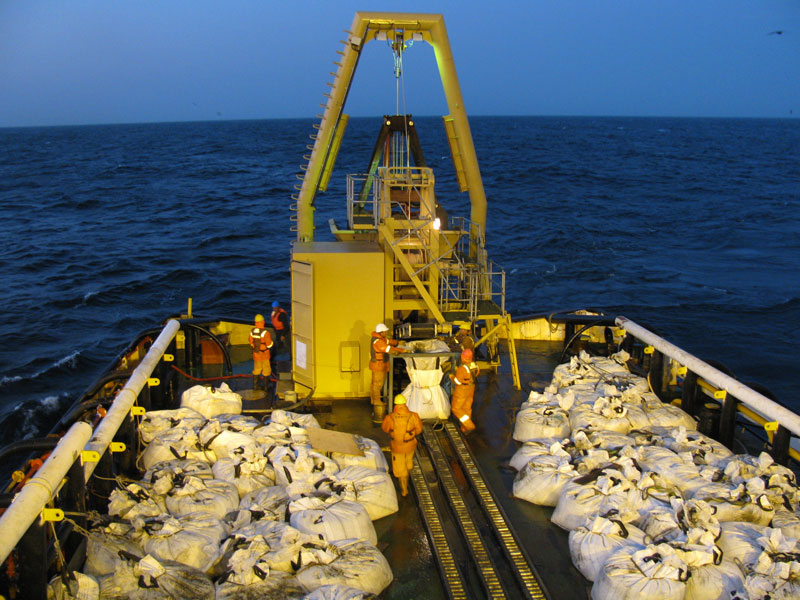 Nambia is impatiently waiting for the lift of the moratorium on marine phosphate mining so that the company “Lev Leviev Namibia Phosphates” (LLNP) starts first ever deep-sea operations.
Despite serious environment concerns over deep sea phosphate mining, breakthrough technologies have enabled LLNP to set up a N$ 200 million pilot plant specially designed to process Namibian phosphate.
Experts say the success of this expensive project will pave the way for the building of a N$8 billion facility at Lüderitz. The LLNP engineers and geologists say the projected plant will be able to mine two million tonnes of phosphate rock a year in a deposit it evaluates at two billion tonnes. The deposits are about 170km northwest offshore Lüderitz.
However, opponents to this controversial project are raising red flags and demanding “solid proof” showing that deep sea mining will not have side-effects on the environment before lifting moratorium.
Israeli businessman Lev Leviev of the Leviev Group of Companies (LGC), the largest private diamond manufacturer in the world, has a major shares holder in LLNP. LGC owns 76 pc of “BEE company” Sakawe Mining Corporation (Samicor), which owns LLNP.