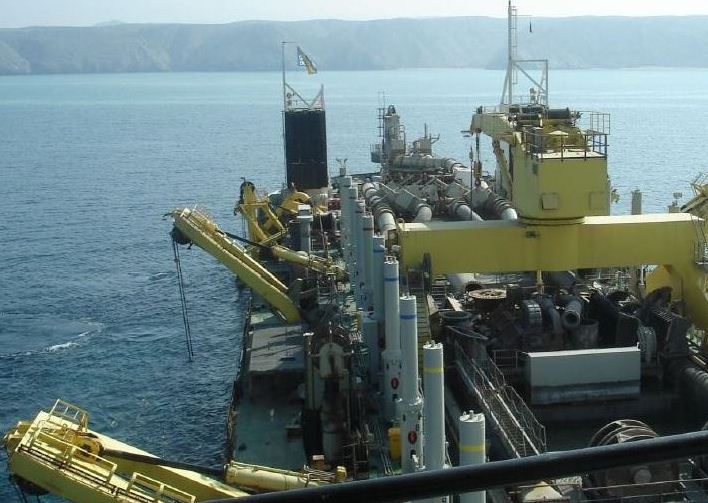 The environmental lobby group Swakopmund Matters said that the Namibian marine environment was not able to meet needs of a viable fishing industry and mostly marine phosphate mining, which is reportedly a rather disruptive activity. The advocacy claims that either one or the other can thrive but not both at the same time. Swakopmund Matters was established in 2011 to raise awareness about the possible consequences of marine phosphate mining. They think that this industry can cause serious damage to rich fishing sources and the marine ecosystem as such.
The Namibian fishing industry stands for the sustainable use of renewable resources whereas seabed mining has a damaging impact on the marine ecosystem. ”It represents finite exploitation of a non-renewable resource at the expense of fishing sources, which are of cardinal importance to the Namibian economy,” says the environmental advocacy group.
The country’s fishing industry makes more than a billion USD in foreign earnings thanks to its exports, and directly gives employment to more than 13,000 people offshore and 8,800 onshore. Due to importance of fishing for the Namibian economy, concerns have been voiced that phosphate mining can cause an irreversible damage to fish population, thus harming an important part of the Namibian economy. The kind of marine phosphate mining that is taking place in Namibia has never been undertaken anywhere else in the world, which likely helps make it even more controversial as the Namibian coast is the most biologically rich, beneficial and productive area in the country. Just like anywhere else in the world where marine mining is present, the environment and biodiversity are endangered.
Likewise, the Namibian marine environment has been struck by familiar threats such as pollution, yet marine phosphate mining implies more serious and long-lasting challenges for the nature than marine mining of other commodities. The Namibia director of Earth Organization adds that what is worse is the fact that any of these concerns have not been adequately addressed by the Namibian authorities.