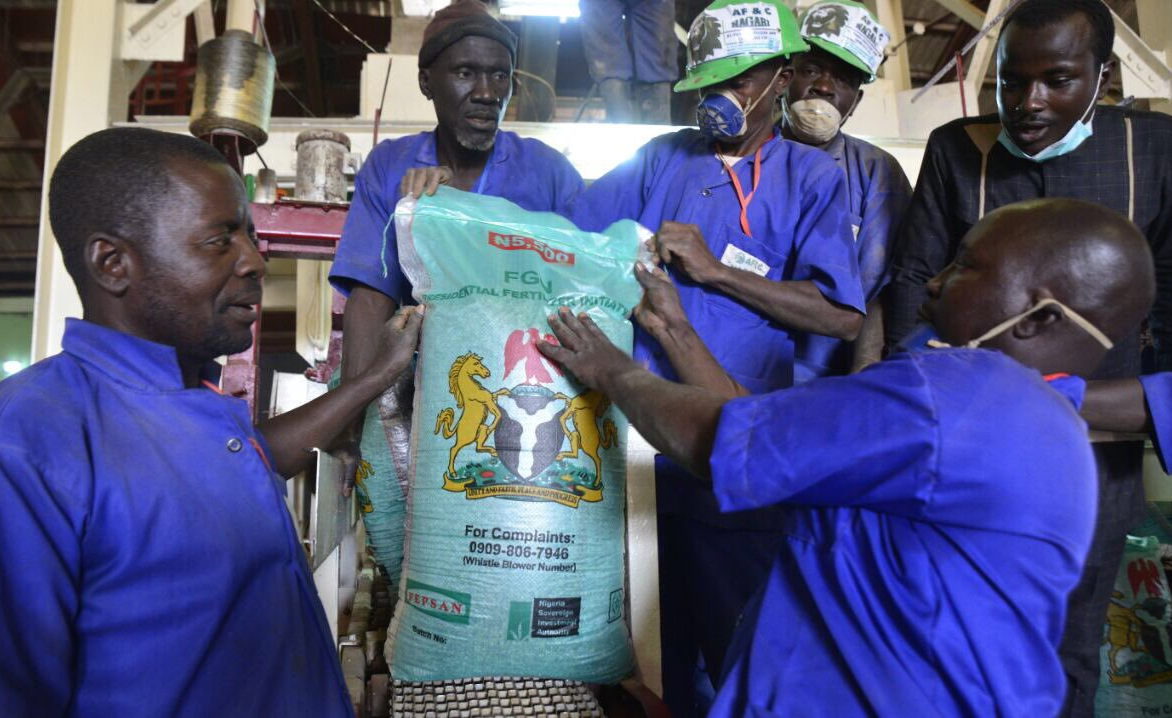 Nigeria’s Presidential Fertilizer Initiative, PFI, will deliver 4 million bags of 50kg Nitrogen, Phosphorous and Potassium (NPK) crop nutrients to farmers across the country at an affordable price before the end of December. The number of fertilizer blending plants, currently 11, will be moreover increased to 18 by the end of the year, which will in turn create approximately 50,000 jobs.

According to the Senior Special Assistant to the President on Media and Publicity, Garba Shehu, the projected delivery of the 4 million bags of fertilizer comes on top of the six million bags of 50kg crop nutrients already marketed to farmers since the Initiative commenced early this year. ‘‘The problem of the shortage of fertilizers and its attendant high cost plaguing the nation’s agricultural production, seemingly intractable for decades, have been resolved following the successful execution of the mandate of the PFI. Since the implementation of the Initiative, the six million 50kg bags of NPK fertilizers were purchased by State governments and agro-dealers across the country,’’ he said.

The spokesman also added that the production of locally-blended crop nutrient had saved the Nigerian government about $150 million since January, hitherto spent on foreign exchange; and N60 billion in budgetary provisions for subsidy. He also noted that the successful implementation of the PFI had made crop nutrients available just in time for this year’s wet season farming.

“Last year, Daily Trust newspaper reported that a bag of 50kg NPK fertilizer was sold at N10, 900 in Benue State. Today the same commodity is being sold at about N6, 500 in different locations across the country, while the government-approved price is N5, 500. This is an indication that the Initiative has enhanced food security as a result of the increase in food production. There is also a reduction in food-induced inflation while economic activities across the agriculture value chain are very impressive,” he said.