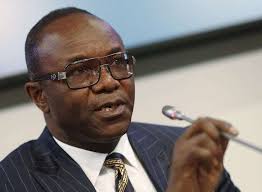 Nigeria supports an extension of the output freeze deal between the Organization of the Petroleum Exporting Countries (OPEC), Russia, and other non-member countries to cut oil supply until the end of next year “as long as the right terms are on the table”. Nigerian oil minister Emmanuel Ibe Kachikwu said that there was growing agreement among other members of OPEC to extend the deal. “There isn’t any reason to change what is a winning formula,” Mr. Kachikwu said, adding that “there is a consensus to extend. The issue will be the duration.” Interestingly, Nigeria has a waiver from the deal due its shaky security situation.

OPEC, Russia and other nine producers agreed to cut oil production by about 1.8 million barrels per day until March next year in an effort to tame global supply that is dragging prices down. The cartel is meeting in Vienna later this month to discuss whether the deal should be prolonged. Nigeria’s production has recovered since its exemption, granted in 2016, after militant attacks that slashed its output to close to 1 million bpd, but Mr. Kachikwu said the recovery is ongoing. “We’ll be looking for a number that enables us to contribute … it’s in the range of 1.8 to 1.9 (million bpd), preferably closer to 1.9,” he said of the output cap. Although there have not been any major terrorist attacks on the nation’s oil infrastructure since January, the peace is not to be taken for granted.

Nigeria’s total production was about 2.03 million bpd in October but the ministry said that only about 1.67 million bpd of that total was crude oil and the rest was ultra-light oil that was exempt from potential restrictions. Mr. Kachikwu said the country is producing approximately 300,000-350,000 bpd of condensates, and that OPEC is now tracking that figure. “Historically, Nigeria hasn’t been serious in terms of identifying its condensate volumes. But that’s one of the things that we’re getting more efficient at doing,” he said.