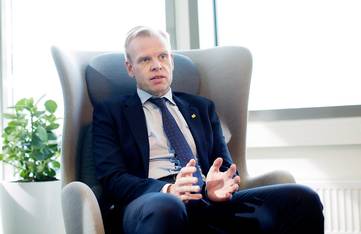 Fertilizer producer Yara International said on Thursday (21 April) that its first-quarter earnings were stronger than expected, while also hinting that lower energy costs in the next two quarters would further help its performance. The company, like many other fertilizer producers, has been forced to cut costs and increase spending on research and development to become more competitive in the face of challenging market conditions.

Yara’s CEO, Svein Tore Holsether, said that the company had produced strong results in a difficult market environment, where weaker fertilizer prices and lower deliveries had a negative impact on earnings. “Lower natural gas cost in Europe continued to improve Yara’s competitive position during the quarter,” he said. Yara, being a big energy consumer, said that its energy costs in the second quarter of this year would be lower compared to the same period last year thanks to low oil and gas prices. The company’s earnings before interest, taxes, depreciation and amortization, excluding one-offs, of 5.1 billion crowns ($628.47 million) in the quarter, were down from 5.7 billion in 2015, but above analysts’ estimates for 4.9 billion.

“Given the fall in share price the last months, the market’s expectations for the quarter had clearly come down ahead of the report,” Thomas Nielsen of Norwegian fund Odin commented. Yara International ASA is a Norwegian chemical company whose largest business area is the production of nitrogen fertilizer but its other production units also cover dry ice, nitrates, ammonia, urea and other nitrogen-based chemicals. The company’s shares have gone down by 18 percent over the past year as a result of the weakness in the world’s global fertilizer market.