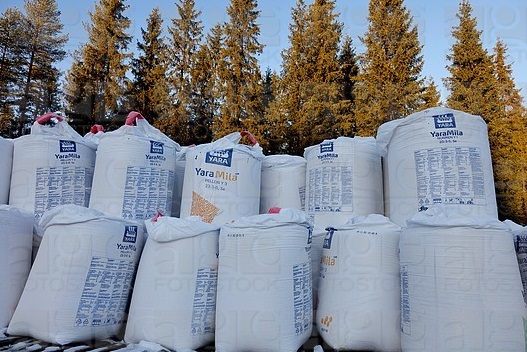 Yara International, a Norwegian fertilizer company, said it hoped that the nitrogen fertilizer purchases by European farmers would recover despite a weak start to this year’s volumes, which were behind a 12 percent drop in the group’s revenues. The company forecast a “catch-up in [European nitrogen fertilizer] deliveries during the first half of 2016” at the beginning of this year and admitted that revival had not materialized in the first quarter.

Between January and March, industry-wide volumes went down by 6 percent year on year – meaning deliveries for the first nine months of the 2015-16 fertilizer marketing season (from July to March) were 4 percent down at a three-year low of some 5.7m tons. The fall reflected wetness, which has prevented some early fieldwork and the dent to farm demand from low crop prices. Yara commented that “both weather-related delays and market sentiment have contributed to delayed purchasing”. The company’s deliveries in Europe fell by 9 percent in the first quarter, led by an 18 percent drop in nitrate volumes.

In spite of the unsatisfying results between January and March, the group restated expectations of a recover in demand predicting a “catch-up in deliveries” in the second quarter. Yara said that the sector’s volumes for the full 2015-2016 marketing year, till the end of June, will come in “close to last year’s levels”. The company added that “nitrate price reductions are offered in some markets, to stimulate late-season demand.” Yara’s comments follow the allegations that its poorer financial results and a fall of 5 percent in global deliveries are a result of poor European performance. Coupled with lower prices, the company reported an almost 10 percent fall in its revenues, although the drop was less severe than anticipated before interest, taxation and depreciation.