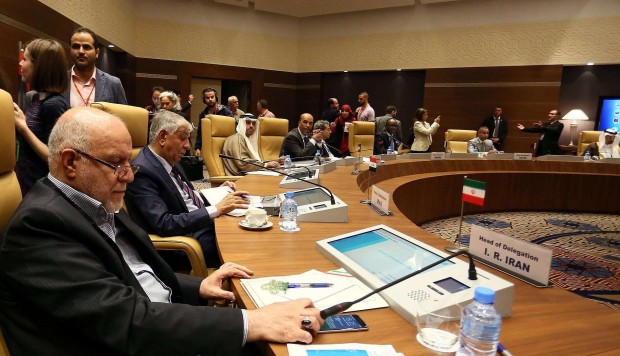 OPEC agreed on Wednesday (28 September) to freeze its output for the first time since 2008 after Saudi Arabia had changed its mind amidst pressure from low crude prices. The cartel said that it would freeze production at 32.5 million barrels per day from current production of 33.24 million bpd. “OPEC made an exceptional decision today … After two and a half years, OPEC reached consensus to manage the market,” Iranian Oil Minister Bijan Zanganeh commented. This decision was made at OPEC’s informal meeting in Algiers.

However, the cartel did not set ceiling for each individual country, as this will be the topic of the upcoming formal meeting in November, which will be attended by non-OPEC members, such as Russia. Saudi Energy Minister Khalid al-Falih, however, hinted that Nigeria, Iran and Libya would be allowed to produce “at maximum levels that make sense”. Especially Iran requested to be exempt from limits as its production recovers after the lifting of the international sanctions. The market nevertheless reacted positively to the news and oil prices have jumped 5 percent. Many observers admitted that they were surprised that the group managed to reach any deal at all.

“This is the first OPEC deal in eight years! The cartel proved that it still matters even in the age of shale! This is the end of the ‘production war’ and OPEC claims victory,” commented Phil Flynn, senior energy analyst at Price Futures Group. The freeze is a major shift in strategy for Saudi Arabia, which previously said that it would only agree on an output freeze if every other member or non-member country followed.