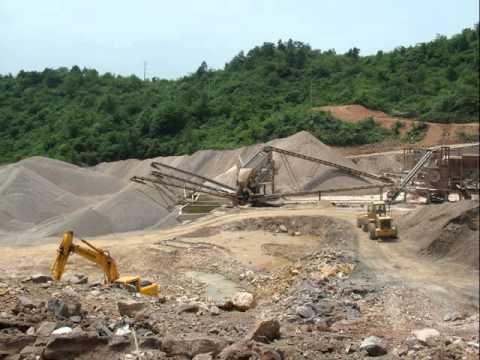 Phosphate is an important component of fertilizers, making it essential to the agriculture industry. While the phosphate industry and market were impacted by US duties, supply disruptions and changing weather patterns in 2021, it is a big unknown how the market will perform in 2022. Phosphate prices soared in 2021, driven in part by a US countervailing duty on phosphate imports from Morocco and Russia, but also by lingering transport issues, higher energy prices and strong grower sentiment. In the second half of 2021, prices reached heights unseen since 2008 as supply challenges mounted. Prices for US diammonium phosphate (DAP) started 2021 at US$421 per metric tonne (MT), and by December various tailwinds had pushed values 76% higher to US$745, a 13 year high. Similarly, prices for Morocco phosphate rock soared by staggering 112% within a year, climbing from US$83.33 on 31 December 2020 to US$176.67 a year later.
Supply quickly became the primary value driver early in 2021 after prices entered the year still elevated from 2020. Higher commodity prices enticed farmers to bulk up crops, which weighed further on the tightening market. The ruling by the US International Trade Commission against the imports of Moroccan and Russian phosphate fertilizers, and the subsequent tax imposed on phosphate from those nations, pushed prices even higher — by mid-March, values were up 26% from the start of the quarter. “The determination was appealed to the US Court of International Trade, which should render a decision in 2022,” according to Glen Kurokawa of CRU Group. “Moroccan and Russian phosphate exports to the US remain extremely low and nearly non-existent.” By June 2021, US DAP was selling for US$604.75 as farming input, energy and freight transport costs all rose, creating a precarious position for some farmers as profit margins became increasingly stretched. Some lingering logistical challenges, related to the pandemic or such as the Suez Canal blockage, also weighed on the space during the first half of 2021. Another factor that weighed on the market in 2021 was China’s decision to suspend phosphate exports until June 2022.
When it comes to the outlook for phosphate in 2022, prices have continued their upward trajectory in January 2022, which suggests that the trend from 2021 will continue. Downstream costs pushed DAP prices to US$863 mid-month, with continued growth forecast in the near term. “Demand in China is strong and feed demand continues to increase … Rising raw material costs — particularly phosphoric rock, ammonia, and sulfur — have also contributed to the price surge,” according to a World Bank report. In 2022, we can likely expect continued rising food prices due to inflation, farmers planting more crops and higher energy and transport costs. “Crop prices remain high, pushing up phosphate prices,” Kurokawa said. “Input costs, such as for nitrogen and sulfur, are high, and also support high phosphate prices.” Moreover, in the post-Covid recovery phase, food supply chains have been stretched thin, making 2022 crops valuable and important, and in turn increasing the need for fertilizers for those crops. Phosphate subsidies in India were increased to record levels, while China, one of the biggest phosphate exporters, has nearly stopped its exports, pushing prices up further. Climate change is yet another factor that will likely impact future demand and supply fundamentals.
Looking well into 2022 and beyond, the phosphate market is expected to climb to US$90.25 billion by 2028, registering an annual compound growth rate of 5% between 2022 and 2028. Contributing to this uptick will be increasing pressures on global food supply, rising populations, inflation and downstream costs. “Following a nearly doubling in 2021, DAP prices are expected to experience a modest increase in 2022 on expectations of continued tight supply,” according to the World Bank’s market report. China’s next moves are likely to have a major effect on phosphate price performance this year. ”Phosphate prices may be pressured when China returns to exporting phosphate and several phosphate projects commissioned in 2022,” Glen Kurokawa of CRU Group said. “If the US appellate court significantly alters the countervailing duties, this will likely disrupt phosphate trade again.”