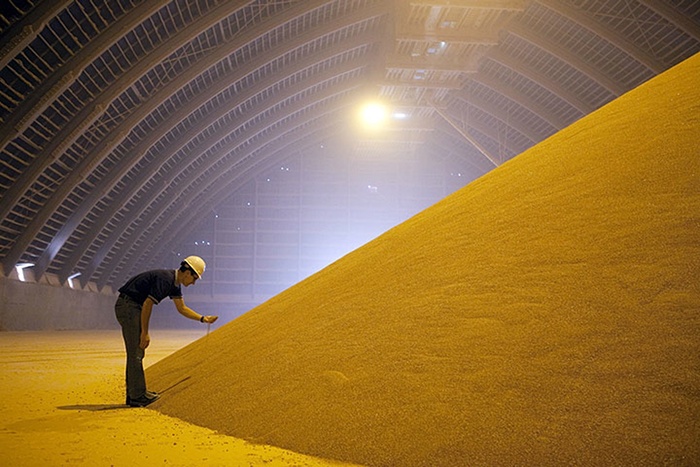 Canada’s potash giant PotashCorp has decided to decrease its output to match weaker demand and fertilizer prices for the second half of this year. The company has also permanently shut down its Penobsquis mine in New Brunswick and plans to close three of its Saskatchewan mines in Lanigan, Allan and Cory. The shutdown of the three mines is expected to decrease inventories thanks to softer demand.

The company commented that “the original plan had been to phase out the Penobsquis operation over time, beginning next year. But, with the current market conditions, the company decided it would be better to close it now and accelerate the ramp-up at Picadilly”. This move should lower available production levels in New Brunswick by 800,000 tons annually until Piccadilly is fully ramped up. ‘”It aligns with market conditions, as we expect it will help improve our overall costs,” Jochen Tilk, PotashCorp’s CEO, explained. New Brunswick production levels are expected to “climb back to current levels sometime in 2017.”

PotashCorp has reported third-quarter earnings of US34¢ per share, slightly less than the forecasts of US37¢ per share. Gross margin went down by 14 percent year-over-year to US$505 million, mainly because of weaker nitrogen. The potash sector generated US$294 million in gross margin, roughly unchanged compared to last year. The overall global fertilizer environment has been negatively affected by macroeconomic headwinds including strong US dollar relative to other currencies and GDP growth in emerging markets. Despite the challenging conditions, PotashCorp managed to maintain its 2015 potash shipment expectations. However, to respond to the weaker volumes and prices, the company has trimmed its potash sales by 5 percent from 9 to 9.2 million tons. Now, potash gross margin and combined nitrogen and phosphate gross margin are both expected to be slightly reduced from previous estimates.