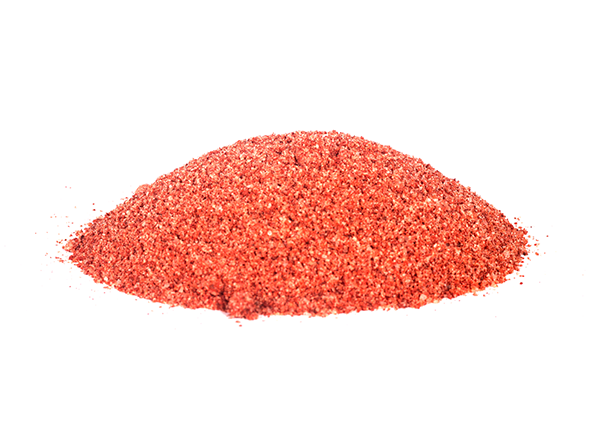 Puneet Parikh (New Delhi, India)
With the current average world’s population increase estimated at 81 million people annually and the ensuing growing demand for agricultural crops, it is becoming increasingly important for farmers to grow more crops more efficiently. That’s where potassium (or “potash”) fertilizers come into play – they not only increase the quality of food being grown, but also increase crop yield. Potassium (K), which is an essential nutrient required by plants in large quantities, does not become part of the many complex organic molecules in the plant. Potassium moves and performs many of its functions as a free ion, including activating enzymes, regulating plant water pressure, transporting sugars and starches, balancing electrical charges, and many more.

For potential investors interested to invest in the global potash fertilizers market, it’s crucial to understand the difference between MOP and SOP, especially in terms of their common uses, methods of producing and which mining companies are involved in their extraction and processing – this knowledge will help proactive investors choose wisely and mitigate risk.

Potash Fertilizer: Muriate of Potash
Potassium chloride, also known as muriate of potash, or MOP, is the most commonly used potash fertilizer that can be used to farm a variety of foods, particularly chloride-loving vegetables such as corn, celery, sugar beets and Swiss chard. MOP can be beneficial for soil that is low in chloride, building the plants’ disease resistance. But the use of MOP also faces some drawbacks, for example, in that it can create a toxic imbalance in plant nutrients when high levels of chloride are present in the soil or if irrigation water is being used to grow crops. That means levels of the MOP have to be carefully managed, and this fertilizer must only be used for select crops.

Still, MOP remains one of the most commercially used fertilizers in the potash family, with over 55 million tones being sold and used annually. But the popularity of MOP in recent years has led potash production to outpace demand, which has in turn pushed prices for the fertilizer product to lower-than-desired levels. Though the potash fertilizer market improved moderately in early 2020, the share prices are is still far from their peak in 2009. Canada is the world’s top potash producer by far, with annual output topping 13.3 million metric tons (MT), followed by Belarus (total potash production at 7 million MT) and Russia (6.8 million MT). Nutrien, a company formed by the merger between Potash Corporation of Saskatchewan and Agrium, is a major producer of MOP.

However, in light of the expected rising future demand for fertilizers that promote crop production and plant growth, many smaller companies have started exploring and developing their own potash mines and production projects. For example, Highfield Resources is a MOP exploration company that is working to bring its Spain-based Muga potash project into production. Also Saskatchewan-based Western Potash, a subsidiary of Western Resources, began its drilling program in May as part of Phase 1 mine construction at its Milestone MOP project. Another Saskatchewan-based company, Gensource Potash, which focuses on MOP production, announced in January that agriculture chemical company HELM would be the offtaker for the company’s Tugaske project in Saskatchewan. Other significant players involved in exploration for MOP include Karnalyte Resources, Verde AgriTech and others.

Potash fertilizer: Sulfate of potash
Potassium sulfate, also known as “sulfate of potash”, or SOP, is considered a premium-quality potash. It contains two key nutrients for growing crops: potassium and sulfur. Using SOP both improves quality and crop yields and makes plants more resilient to drought, insects, frost and even various diseases. Some studies have found SOP is capable of improving the look and taste of foods and boosting a plant’s ability to absorb essential nutrients like phosphorus and iron. SOP is, by and large, used on high-value crops like fruits, vegetables, tea, coffee, nuts and tobacco. It works better on crops that are sensitive to chloride, which can be toxic to some vegetable and fruit plants.

SOP is not a naturally occurring mineral, and usually must be produced through resource-intensive chemical methods and processes, which makes the SOP fertilizers’ price tag higher than for MOP fertilizers. The most common method used to produce the “sulfate of potash” fertilizer is called the Mannheim process that accounts for roughly 50-60% of global SOP supply. This method involves pouring potassium and other raw minerals into a muffle furnace that is heated above 600 °C, creating a reaction between potassium chloride and sulfuric acid. The second most common method of producing SOP, accounting for about 25-30% of supply, is by reacting potassium chloride with various sulfate salts to form what is called a double salt.

There are also operations that produce “sulfate of potash” fertilizer by using salt mixtures from natural brines. This requires brine with high sulfate levels that are typically found in salt lakes. Companies able to use naturally occurring brines include Chile’s SQM, which has operations in the Salar de Atacama, and Compass Minerals International, which operates out of Overland Park in Kansas. And there are also smaller potash fertilizer companies that eventually plan to produce SOP, including Danakali, Agrimin, Salt Lake Potash, SOPerior Fertilizer and also Reward Minerals, whose Lake Disappointment project is the largest brine-hosted SOP deposit in the world.