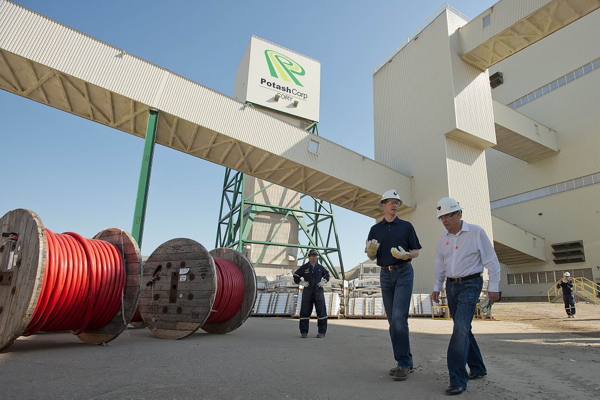 Analysts predict that unlike oil production, which is expected to go down by 4 percent this year, potash production and agriculture will support the economy of the Canadian province of Saskatchewan. Saskatchewan’s economy has been “tripped up by the slide in oil prices” but potash production is set to go up by 8 percent, which will also help the farm sector that is also expected to pick up. As a result of these contradictory developments, the province is thought to grow only by 1 percent this year while in 2014 the economy grew 1.4 percent.

This year’s growth prospects have been mostly affected by a slowdown in the energy sector. Oil and gas industries, which account for about 15 percent of the economy of the province, have been affected by low prices. John MacAulay of BMO commented that “Saskatchewan’s business owners are adopting a new level of caution given the recent drop in oil and gas prices”. However, he added that “we have not seen a significant amount of weakening among our customers and we’re hopeful that most of them will be able to weather the downturn and emerge from this period of lower prices in a healthy state.”

Saskatchewan is home to five mines belonging to world’s biggest potash producer, Potash Corp. In March, the province introduced changes to taxation legislation after cheap oil had reduced Saskatchewan’s revenue from the energy sector. The province moreover decreased rates at which miners can deduct capital spending from gross sales. The Canadian province is the world’s second largest potash-producing region. The potassium-bearing mineral was first found in Saskatchewan in the 1940s while drilling for crude.