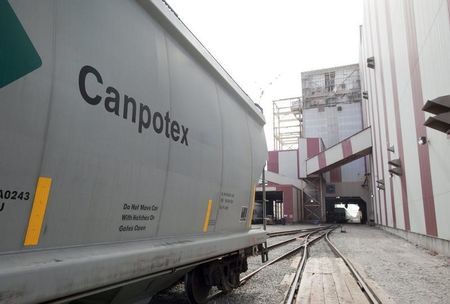 CHINA — In 1Q2021 imports of potassium chloride to China increased by about 20% to 2.59 million tons. Moreover, in March, imports of potassium chloride amounted to 1.13 million tons against 775 thousand tons in the same month of 2020. Most of all potassium chloride was imported to China from Canada, Russia and Belarus and the rest from Jordan and Israel. China’s wheat planted area may grow this year, as the government has promised the grain production to be above 650 million tons. They have also announced their intention to expand the sown area for corn and soybeans. This, in turn, will lead to an increase in demand for potassium chloride.
AUSTRALIA — Australian Potash announced that they had passed verification for a green loan, which the company plans to use to finance its Lake Wells Potash project located in Western Australia. Australian Potash previously dug a pilot pond network that includes a large pond for the preconcentration of water solutions of potassium salts and three smaller ponds for precipitation of sodium, magnesium and potassium salts. The company intends to build a full-fledged plant with a capacity of 150.000 tons of potassium sulfate per year in the first five years of operation, with a subsequent increase to 300.000 tons.
ERITREA — Australian Danakali is exploring the use of solar and wind power for its Colluli project in Eritrea. “We are determined to use renewable energy sources and conduct our business in such a way to have a positive impact on the environment,” said Seamus Ian Cornelius, Chairman of the Board of Directors of Danakali. The company also admits the possibility of using geothermal energy, since the Colluli project is located within the Danakil Depression, which is characterized by very high air temperature and the presence of active and dormant volcanoes. The complicated geological and geographical conditions became the reason for the formation of large evaporite deposits here that contain two potassium-bearing positions. Within this project, Danakali intends to build an enterprise for the extraction of potassium salts and the production of potassium sulfate.
CANADA — International trader Canpotex has reported that they have set a sales volume of potassium chloride until September 2021, owing to the continuing expansion of the demand for potassium chloride in many regional markets around the world. Canpotex is confident in the stability of its supply due to “continued strong demand for potassium chloride in key markets.” Canpotex estimates that the demand is “largely supported by strong fundamentals for agricultural commodities in many developing regions.” It’s interesting that Canpotex regularly announces short-term plans to sell potassium chloride but doesn’t give exact sales figures.
CANADA — Meanwhile, international giant BHP Group has announced that its Board of Directors should make the final decision on the implementation of the Jansen potash project in Canada’s Saskatchewan province. BHP Group has so far spent almost $3 billion on the Jansen project, out of the projected total of $5.3-5.7 billion. It’s planned to produce 4.3-4.5 million tons of potassium chloride per year, preserving an opportunity to increase the output by another 12 million tons. With no direct access to the sea, the Jansen project will require the construction of a railway line and a terminal for the transport and transshipment of potassium chloride to ships.