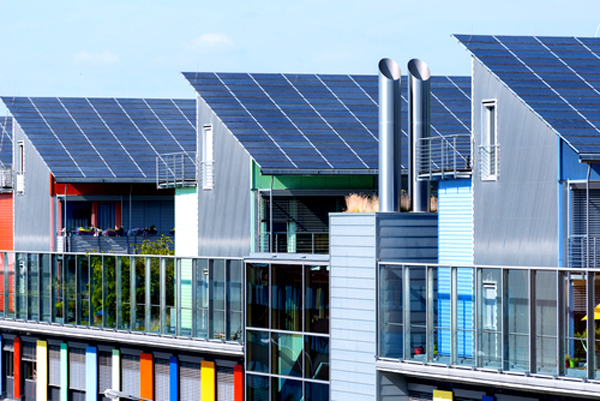 Phosphate-Price has interviewed Dr. Pei-Fei Chang, a Taiwanese-born Belgian scholar and expert in government energy policy with a special interest in China’s policy on renewables and namely wind and solar energy.

Phosphate-Price: In your research, you also focused on the quite sensitive and controversial issue of Chinese-made solar panels and their imports to the European Union. What is your view on Brussels’ policy that imposed high import duties on these solar panels, accusing China of dumping?

CHANG: Yes, I know. I have interviewed some wind generator companies in China asking if the similar trade dispute is likely to happen in the wind generator industry. What I learned from them is that they do not see a possibility that this development in the solar panel imports to the EU could repeat in the case of wind generators. This is because most of the Chinese companies are now exporting wind generators or wind turbines not to the European Union but to third-world countries, like in Africa or Latin America. So, they are going towards that direction, but I also asked myself another question: In the past, the EU and China were also first competing in solar panels outside Europe. With wind turbines now, the story seems somewhat similar: maybe the EU and China are not competing inside Europe but in other markets outside of Europe. So, the question is if there will again be a similar clash related to the competition in wind turbines between the EU and China. Well, this would be an interesting topic and I must do more research on this if it would eventually lead to trade distortion. But we know if something like this happens, you need World Trade Organization to solve this problem.

CHANG: No, not at all! I am referring to the central government in China, in particular to the so-called National Development and Reform Commission. This is the highest-ranking national policy-making body in China – it’s also referred to as the NDRC. And this NDRC was heavily involved in composing and drafting China’s renewable energy law in 2005. Overall, while there is a lack of civil society’s participation, they try to balance it by asking the industry to voice their concerns because the Chinese government did not have much experience with renewable energy development. They need to gain experience and opinions from the industry, so they set up an organization – it’s actually funny because it’s called the government-owned or government-organized NGOs.

This is very different from the Western concept. These government-owned NGOs are affiliated with the Chinese government and with the NDRC in particular, but, on the other hand, they are a platform for the industry to voice their concerns to the central government. They effectively function like a bridge between the central government and the industry. So, without these government-organized NGOs, it would not be possible to draft China’s renewable energy law because the general objective is to promote renewable energy by using market instruments or different market mechanisms. In short, there is no civil participation, but still we can see that there is a change in China by allowing these government-organized to speak for the industry. So, it’s no longer this centrally-planned development but still there is more involvement, more participation of different actors, especially those who are active in wind energy.

Phosphate-Price: But many experts, both inside and outside China, are wondering if Beijing is actually serious about renewable energy.

CHANG: China is facing a difficult problem whether or not to use renewable energy. Because if they don’t use renewable energy, they will never solve the air pollution problem that is mainly the result of the excessive use of the fossil fuels. So, this is something very serious to think about if China is going to opt for entirely renewable energy or not.

Phosphate-Price: Earlier, you said that China is trying to discuss and learn from the main players in the Chinese industry, but China has reportedly been also trying to learn from Western countries.

CHANG: I understand that China is trying to learn from the Western experience by also developing shale gas. China has actually been inviting many companies from Western countries to use their own funding – their kind of intention is to invite these Western companies to learn from them any possible technology to develop shale gas. And since China, at this stage, does not want to use its own money, it invites these Western companies and the whole idea seems to be quite simple: these companies will invest in the country because they will be lured by some kind of vague prospects of making money in the future if China gets serious about the shale gas. If these companies have investment laws, that’s their problem – China doesn’t care. But I think, at this stage, it’s very hard to say if China is going to drop entirely renewable energy and opt for shale gas.

Phosphate-Price: There has also been a discussion in Europe recently about whether Brussels’s agenda has not gone too far with its promotion of alternative or renewable energy. Some critics say that ‘okey, we should strike a balance between supporting renewable energy but without compromising the competitiveness notably of the European industry’. Europe’s energy is already more expensive than, for example, in the United States that now also has its shale gas, which makes also the EU exports less competitive in global markets. Do you think that China is also trying to learn a lesson from this what I would call a renewable energy dilemma in Europe?

CHANG: What I learned from Chinese government officials is that we need coal, we need fossil fuels, we need conventional energy – that is what China is keeping now, this pattern of energy mix that combines different kinds of energy sources. They need to be practical and they need development as well. However, if we keep going like this, nobody is able to provide a solution for air pollution and the serious haze problem. So, it’s a dilemma. But eventually I think China will have to develop renewable energy, especially wind and solar, and especially in the western and north-eastern parts of China where they have the richest wind and solar resources.

However, the demand for electricity generated from the wind is in the south-eastern parts of the country, so owing to the geographic distance, China is now building two large transmission pipes connecting the northern regions with south-eastern regions. Their technology is actually improving fast – they expect to finish these two transmission pipes this year. So, the technology is not a problem for Chinese companies but the problem is a policy perspective – the really need a policy for fundamental energy structural change in the future.