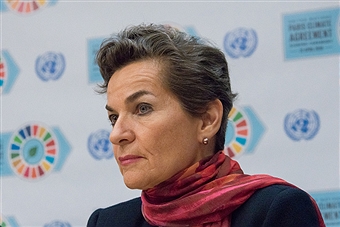 As a run-up to the November conference, the UNFCC organized a global photography competition – Addressing Climate Change: In Focus – with the aim to raise awareness on climate change amongst the youth of the world, giving them a voice that will be heard by world leaders and negotiators alike.

The UNFCC’s Executive Secretary, Christiana Figueres, said that “the Paris Climate Agreement was a resounding success. But the agreement itself was only the first step. It has now been signed by 176 countries and the EU, and needs to be ratified and implemented by all governments. For speedy and effective implementation, we need the full support of all sectors of society. Photography and art can play a key role in visually highlighting the impacts of climate change and the many possibilities of effective climate action”.

The competition was created by landscape photographer Henry Dallal, founder of the Addressing Climate Change Project, and endorsed by the Secretariat of the UNFCCC. It was launched as governments signed the historic Paris Climate Change Agreement at a special ceremony in New York in April. The contest is managed by the Lucie Foundation and it is open to all young people aged 7 to 18. Selected photographs will be exhibited within the Blue Zone at the United Nations Climate Summit (COP22) in Marrakech (7-18 November) to delegates from all over the world.