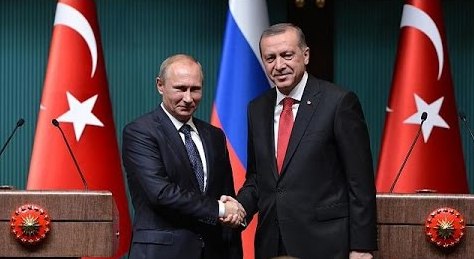 Russian President Vladimir Putin has decided not to proceed with the proposed controversial South Stream gas pipeline, a multi-billion energy project already half a decade in the making. President Putin announced his unexpected decision during his visit to Turkey and revealed that his country was considering building a gas hub on the Turkish-Greek border. Mr. Putin blamed this failure on the European opposition to the project, which was funded by Russia’s state gas giant Gazprom. The pipeline was supposed to run via Bulgaria, Serbia, Italy, and Austria and then to the rest of the EU, providing another transit route for Russian gas to Europe. The project was, however, suspended in June this year after the EU had accused Bulgaria of breaching EU competition rules. In particular, the EU did not like the way Sofia awarded contracts to construct its part of the project to Russia’s Gazprom which would have controlled both the oil supply and the pipeline. Construction work on the 930km-long South Stream project in fact started in Bulgaria in October 2013.

Russian officials said that the Commission had blocked the construction for political purposes. Mr. Putin commented that Russia could not proceed with the realization of the project because “until now we have not received permission from Bulgaria”. “If Europe does not want to carry out (South Stream), then it will not be carried out. We are now going to focus our energy resources in other directions” Mr. Putin concluded. The boss of energy giant Gazprom, Alexei Miller, also confirmed that the works on the pipeline were finished. The European Commission said that Russia’s sudden decision was only a demonstration of the fact that Europe must try hard to diversify its energy portfolio and look for alternative sources. The EU leadership is meeting on December 9 to sort out the situation with Bulgaria.