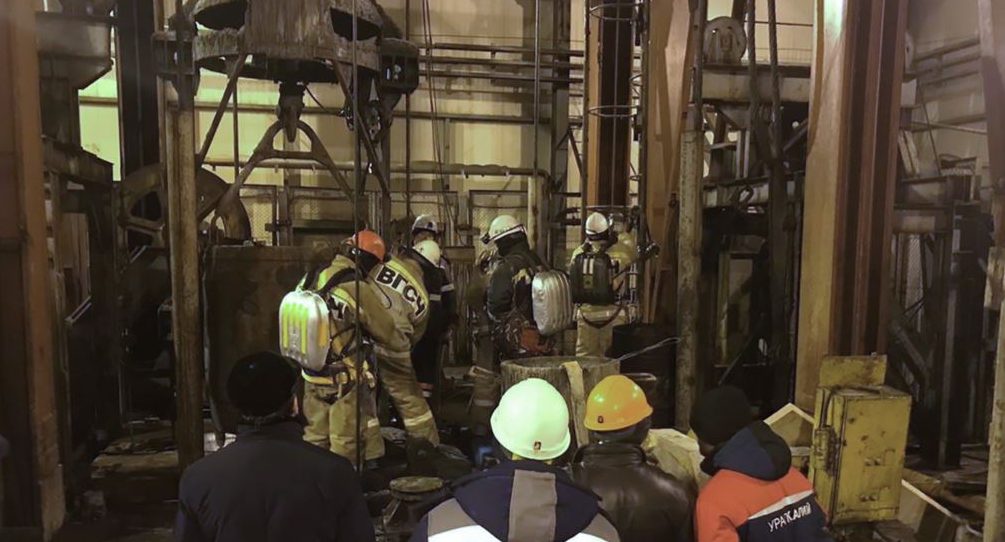 A potash mine operated by Uralkali in Solikamsk, about 1,500 kilometres northeast of the capital Moscow, was caught in flames. The fire broke out at a depth of 340 meters when the construction workers were setting up a concrete line but it is not clear what exactly caused the fire. The investigators, however, denied the reports that a methane explosion had been the cause.

Nine of the workers died of smoke inhalation after they had been trapped underground. Their bodies were recovered from a depth of more than 360 meters. Officials say that 17 workers were inside the mine at the time. The fire is still yet to be extinguished completely. Russian President Vladimir Putin urged regional authorities to investigate what happened on the site.

The incident once again brought back attention to the standards in the Russian mining industry, which has been marred by deadly accidents for years. In February 2016, 26 miners and rescue workers lost their lives in a coal mine above the Arctic Circle and, in August 2017, 17 miners died after a diamond mine had been flooded in Siberia.

Poor safety standards are often pointed out as the reason of recurring accidents in Russian mines. The incident at Solikamsk is also being investigated as a result of lax safety procedures. The Investigative Committee said over the weekend that it had initiated a criminal probe into possible safety violations and had detained four employees of the subcontractor, which was in charge of the maintenance work.