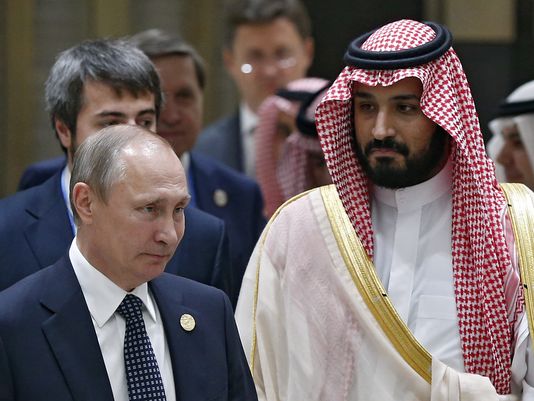 Saudi Arabia and Russia seized the opportunity given by a G20 summit and agreed that they would cooperate in global oil markets in the future. This move has sent signals that the world’s top producers would work together to tackle global glut. The joint statement was signed by the country’s energy ministers on the sidelines of the summit in China following a meeting between Russian President Vladimir Putin and Saudi Deputy Crown Prince Mohammed bin Salman.

Russian Energy Minister Alexander Novak added that both sides were moving towards a strategic energy partnership and hoping that a high level of trust would allow them to tackle global challenges. Saudi Energy Minister Khalid al-Falih expressed his hopes that the agreement would also encourage other producers to cooperate. “There is no need now to freeze production … We have time to take this kind of decision,” Mr Falih said and added that “freezing production is one of the preferred possibilities, but it does not have to happen specifically today.”

Several OPEC members have called for an output freeze to help prop up prices amidst rising supplies from high-cost producers such as the United States. The OPEC will hold informal talks in Algeria later in September and is scheduled to meet officially in Vienna in November. The agreement is a significant landmark in the mutual relations between both countries, who have been officially both involved in the Syrian conflict. Moreover, while Saudi Arabia is in a latent conflict with Iran over the power and influence in the Middle East, Russia is a big ally of Tehran.