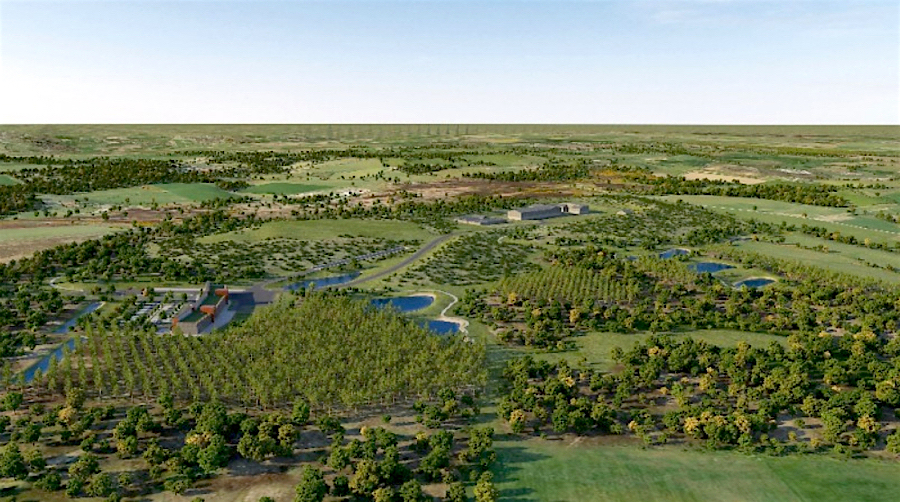 Sirius Minerals Plc has found six banks to backstop the development of its potash mine in northern England, thus moving the whole project a step forward. The mine is meant to become one of the world’s largest in terms of volume, as it is poised to initially generate 10 million tons per year of polyhalite, a form of potash used in plant crop nutrients. In its second stage, it should double the production and altogether create about 1,800 jobs during construction and additional 1,000 permanent positions when finalized.

The company said that JP Morgan, Lloyds Bank, Société Générale, RBS, Export Development Canada and ING would provide $2.6 billion in debt facilities to keep the second stage of mine development going. This will include, for example, tunnel boring. The first non-binding deal depends on the ability of the company to secure first-stage funding, which will cover higher-risk activities like shaft sinking. Sirius is in active talks with companies to ensure the first-stage funding, which will include both debt and equity.

In the summer, company said that it would commission Associated Mining Construction UK for shaft sinking, the design build of the mine and development works. Sirius also appointed Hochtief Murphy Joint Venture for the construction of the mineral transport system, including the tunnel that will connect the mine with the materials-handing facility.

The project has, however, been a bit controversial because of its proximity to the North York Moors national park but its proponents argued that construction would be underground including a 25-mile-long sub-surface conveyor belt that will carry the ore to port. The original opening day was scheduled for late 2016 but the current development schedule suggests that it will not be before 2018 when the production begins.