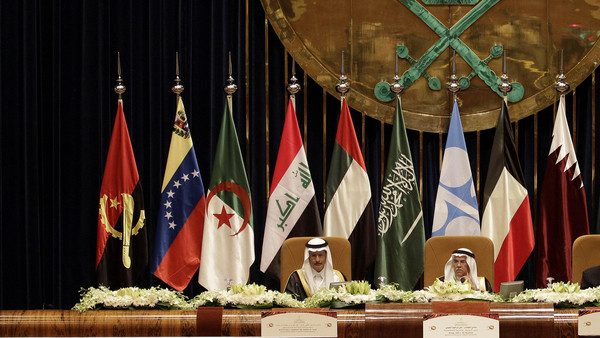 Saudi Arabia and other OPEC members have begun to turn down Chinese requests for oil as they keep crude in their storage facilities and refineries in response to the growing demand from the world’s most populous country. Analysts believe that Saudi refusals to supply more oil to China might partly explain a 40 percent increase in oil prices this year. The data from Reuters suggest that a 40 percent rise in the price of Brent crude coincided with about a 10 percent fall in OPEC’s exports to China. Because the Middle East is unwilling to sell as much oil as Beijing would like, China had to start looking for oil elsewhere.

Saudis have specifically refused requests from the trading arms of Sinopec and Petrochina – Unipec and Chinaoil – respectively. The Chinese companies were interested in extra shipping of crude in May and June. China also tried to buy more oil from the United Arab Emirates and Kuwait, Saudi Arabia’s closest allies in the cartel, but with the same outcome. Given this fiasco, Chinese began to seek supplies in Russia, Oman and West Africa. In April, China became the world’s biggest crude importer overtaking the U.S. with 7.4 million barrels a day.

Analysts explain that there are internal developments behind the Saudi ‘no’ to China. The kingdom’s traditional structure of an exporter of oil and an importer of refined products is changing as its new Yasref refinery started production last month. The refinery now takes the country’s heavy oil to manufacture and export diesel, gasoline, and petroleum coke. The Saudi Arabian Oil Company moreover started construction of its Jubail refinery in 2014 and already plans to build the third facility by 2018. All three refineries have capacity of 400,000 bpd.