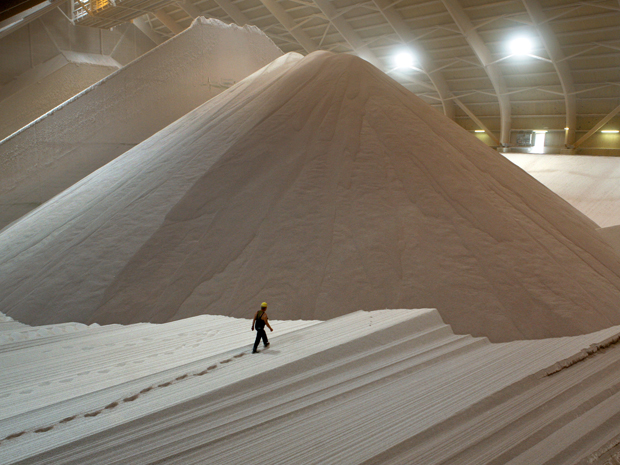 Potash Corporation of Saskatchewan Inc. is expecting that the global demand for potash fertilizer will be steady throughout next year despite tumbling crops prices that are believed to crimp farmers’ incomes. Increasing income in Asia, mostly in China, will offset weaker sales in North and South America as well as in Europe, which will in turn help back up the fertilizer industry from weaker prospects in agricultural commodity markets. Prospects for firms trading fertilizer, pesticides, and seeds have been questioned recently due to mild temperatures and rain which will likely lead to record crops in Northern America and Europe.

According to Jochen Tilk, the CEO of Potash Corp, “there’s no disagreement that crop prices are an important factor in farmers’ decisions, but it’s important to remember that farm fertility is rooted in science and there is tremendous geographic and crop diversity throughout our space”. Potash Corp. is the world’s major producer of the key fertilizer ingredient potash and its third-quarter profit decreased by 11 percent, which disappointed analysts. The potash giant made $317 million, which is 38 cents per share, in the third quarter while analysts earlier hoped for 42 cents per share. The fall in profit is generally believed to have been caused by higher tax expenses and weaker contributions from offshore investments weighed on results.

Mr Tilk further added that North American farmers will probably scale back planting on “marginal” fields next year, which could mean a “modest decline” in potash consumption in the region. In contrast, while farmers in South America are not expected to significantly decrease their potash use because of “nutrient deficient soils” there, they could potentially slow down their expansion. In Europe, farmers will likely keep on using the same amounts of potash or slightly less than last year. In China, farmers are projected to consume more of potash in 2015 thanks to “encouraging production trends”, which will likely drive also India’s potash use next year. Stephen Dowdle, the president of sales for Potash Corp, added that the fertilizer business all in all remains in better shape than in the late 1990s and early 2000s.