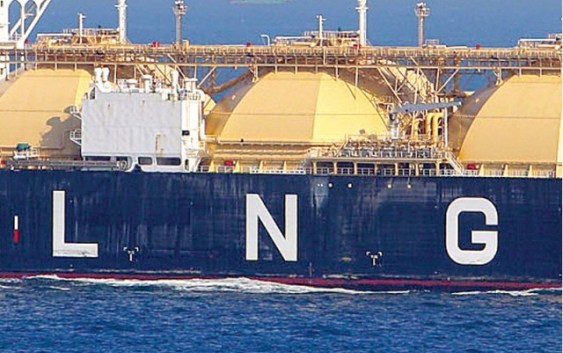 Liquified Natural Gas (LNG) demand is rising faster than expected. Accounting for 44% of global demand growth in 2017, China is the main driver of the growth, as the government has made natural gas a key policy choice to reduce air pollution and restructure its high-carbon energy mix. Demand from emerging economies has also boomed in recent years, yet almost no new investments into export capacities were sanctioned in the past three years. This is changing, though, as investment in new LNG export capacity is coming. A final investment decision (FID) on a huge project (LNG Canada) was taken at the beginning of October and several projects are close to FID.

In 2017, the world’s LNG leader – Qatar – lifted its self-imposed 2005 moratorium on new production at the North Field and unveiled plans to expand its LNG capacity from 77 million tons per annum (Mtpa) to 100 Mtpa by 2024, a figure that was recently revised upwards to 110 Mtpa. In March 2018, Qatar Petroleum selected Japan’s Chiyoda to carry out front-end engineering and design (FEED) of three new mega trains of 7.8 Mtpa each – the world’s largest.

With its large reserves at low cost, the US is also a major contributor to the current wave of global LNG projects. In addition to the six projects of the first wave of US LNG projects, there are another three fully permitted projects, and more than a dozen representing around 200 Mtpa of capacity currently being proposed to US regulators. However, none of the second wave of US LNG export projects has taken FID yet due to lack of sufficient and firm long-term offtake agreements.

Prospective US project developers are looking at new ways to attract equity financing, notably Tellurian’s Driftwood LNG project. The company is proposing buyers to not only sign for LNG offtake, but also to provide 65-70% of project equity. Its business model involves an integrated presence across the US supply chain. Tellurian estimates that its integrated, cost-based business model will allow to reduce the LNG price to $6/MBtu delivered in Japan.

Canada was seen as an ideal location for LNG export facilities, but in recent years, lack of political support, environmental opposition, high labour costs, provincial taxes on LNG and import duties on steel, have all dampened Canada’s efforts to develop LNG export projects. Of the 23 proposed projects that have received licences, none have moved forward until recently. Several have been delayed and five proposed terminals have been cancelled.

To support LNG exports, the newly-elected government of British Colombia has granted subsidies and tax breaks to LNG projects, enabling the two advanced projects in British Columbia – namely LNG Canada and Woodfibre LNG – to moving towards FID/construction at an accelerated pace. At the beginning of October, Shell and its partners (Mitsubishi, Petronas, PetroChina and Kogas) took FID on LNG Canada and announced that construction is to begin immediately with first exports from the first phase (14 Mtpa) expected before the middle of the next decade.

In conclusion, the new wave of global LNG projects is taking shape. Investment in new LNG projects is coming back worldwide, with projects advancing in Qatar, Russia, Mozambique, Papua New Guinea, the USA and Canada. All projects have announced massive cost reductions and the shifting behaviour of LNG buyers towards smaller volumes and/or shorter periods, with greater flexibility in pricing and destination, makes oil majors likely to be the suppliers of the future, thanks to their ability to access finance via balance sheet debt and their LNG portfolio trading capabilities. New financing models are proposed (e.g. Tellurian), which may attract a new class of investors, such as sovereign and private investment funds. With financing by banks and companies in China also rising, Chinese companies are expected to be major off-takers and investors in many projects, but outside the US for the time being.