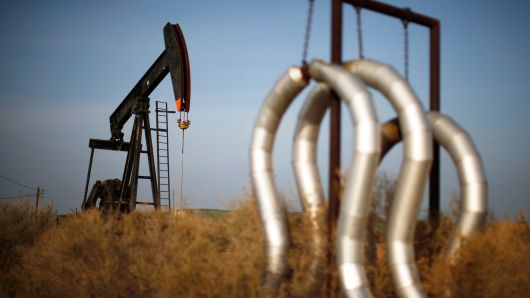 The Vienna agreement from 14 July 2015 on Iran’s nuclear activities was a game changer for the oil market in the Middle East. The oil sanctions were lifted and Iran increased significantly its production and exports. On 8 May 2018, President Trump announced that the US would withdraw from the agreement and financial sanctions were reintroduced and from 5 November 2018 onwards, further sanctions have been re-imposed. What could be the impact of this new embargo and is there a risk of a new oil supply and price shock?

Iran is the 6th biggest world oil producer behind the United States, Russia, Saudi Arabia, Canada and Iraq. Before the Iranian revolution in 1979, Iran’s production reached a maximum of 6 million barrels per day (mb/d). After the revolution, production dropped dramatically, and only peaked at around 4 mb/d. After the lifting of the embargo in 2015, oil production increased to an average of 3.8 mb/d in 2017 and liquids exports increased by around 1 mb/d to 2.5 mb/d, mainly exported, in 2017, to China (24%), India (18%) and Korea (14%).

Donald Trump has been concerned by a potential impact of these price changes. The price of gasoline in the US increased already from $2.4/Gallon in mid-2017 to almost $3/Gallon. In the context of the mid-term elections in mid-November, the price of US gasoline matters. So he pressured the OPEC oil producers to increase their production. At its 22 June 2018 meeting in Vienna, OPEC+ producers agreed on the proposal of Saudi Arabia and Russia to increase their quotas by 1 mb/d despite the opposition of Iran.

The US administration were putting a strong diplomatic pressure on every consumer of Iranian oil in order to phase out any import by 5th November. On average in the first six months of 2018, Iran crude oil loadings were split between China (26%) and India (24%), EU (20%) plus Korea, Turkey, Japan and marginally, other emerging economies. European countries will phase out their imports, while Korea recently took the same decision. In the context of a trade conflict with the US, it is unlikely that China will phase out its imports.

We may even come back to the situation before the lifting of the embargo in 2015: that means a reduction of Iranian oil exports by 1 mb/d, but possibly, of up to -1.5 mb/d. Already, Iranian crude exports fall significantly even before US sanctions even took effect. Iranian production has already fallen to the lowest level since July 2016 at 3.63 mb/d, as buyers retreat ahead of the deadline for the new US sanctions. Exports are below 2 mb/d. In a nutshell, in any scenario, the US oil embargo have created a situation where geopolitics dominates a very volatile oil market.

‚The US Oil Embargo on Iran: A New Oil Shock?‘ – Analysis by Olivier Appert –