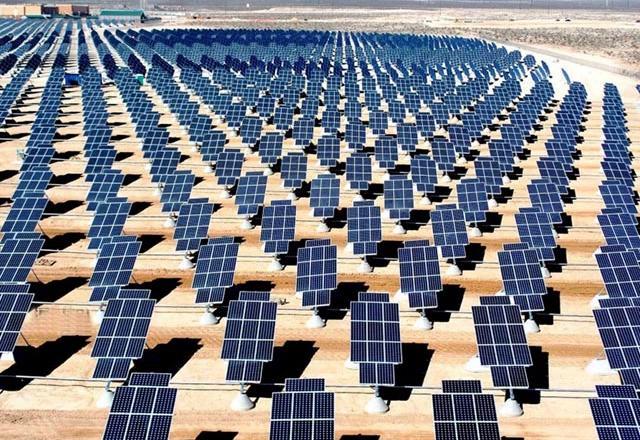 Renewable energy has been promoted all around the world on the grounds of cost reduction, increasing energy demand, and socio-economic benefits. The region of the Middle East and North Africa (MENA) was no exception and it could further benefit from a wide-scale deployment of green energy. The region currently accounts for about 7.4% of the world’s population – in total 545 million people – but this is, however, expected to dynamically change between now and 2040, as the MENA’s population should increase by 213 million inhabitants. This will put a lot of pressure on energy demand and thus create more greenhouse emissions if this increasing demand will be met through fossil fuel resources, which are currently still the go-to energy resource in the MENA countries.

Implementing a MENA-wide strategy to promote green energy that the region is endowed with could have a major regional impact in terms of energy savings, energy security, avoided CO2 emissions, job creation, industrialization and energy access. The most important advantage of promoting green energy is energy savings – those are estimated to overtake the 2014 total primary energy supply during the 2017-2030 period. Going hand in hand with this benefit are the avoided CO2 emissions – provided that the countries meet their renewable energy targets. The total accumulated savings could be equivalent to more than 1.1 times the total CO2 emissions of the whole MENA region in 2014. The use of energy is the largest source of greenhouse emissions in the world – 68% of the total.

Working on the green energy agenda would also significantly boost job creation in the region. It is estimated that achieving these objectives could generate around 280,000 direct jobs a year and the total number could reach 430,000 by 2030. Most of these jobs would be created in the countries with the highest renewable energy objectives such as the UAE, Saudi Arabia, Egypt or Morocco. The job creation would also be connected to the creation of a local industry value chain. The MENA countries already now realize that they could be actively involved in the development of renewable energy projects.

The focus on the renewables moreover always attracts international attention. Large-scale project are implemented by consortia of local and international companies that handle everything ranging from engineering, procurement and construction companies. Importantly, all these projects would bring electricity to the millions who are still without access. In Mauritania, Sudan and Yemen, electricity access rates are among the lowest – 29%, 40% and 46% respectively – and renewable energy could fill these gaps.

Although the MENA region currently hosts only a tiny fraction of total global renewable energy capacity and its development is especially low in energy-exporting countries. However, in recent years, several MENA countries have set targets on green energy, although the speed of their implementation has been rather disappointing so far. Yet, positive signals suggest a change in that direction is possible in the near future. Developing renewable energy could give MENA countries the opportunity to diversify their economies, increase energy security and open new business and market opportunities. Such potential, however, needs to be supported by positive improvements in the region’s institutional framework and subsidies in low energy tariffs for conventional technologies.

‘How Can Renewable Energy Help Contribute to the Development of the MENA Countries?’ – Study by Emanuela Menichetti and Abdelghani El Gharras – Barcelona Centre for International Affairs (CIDOB).