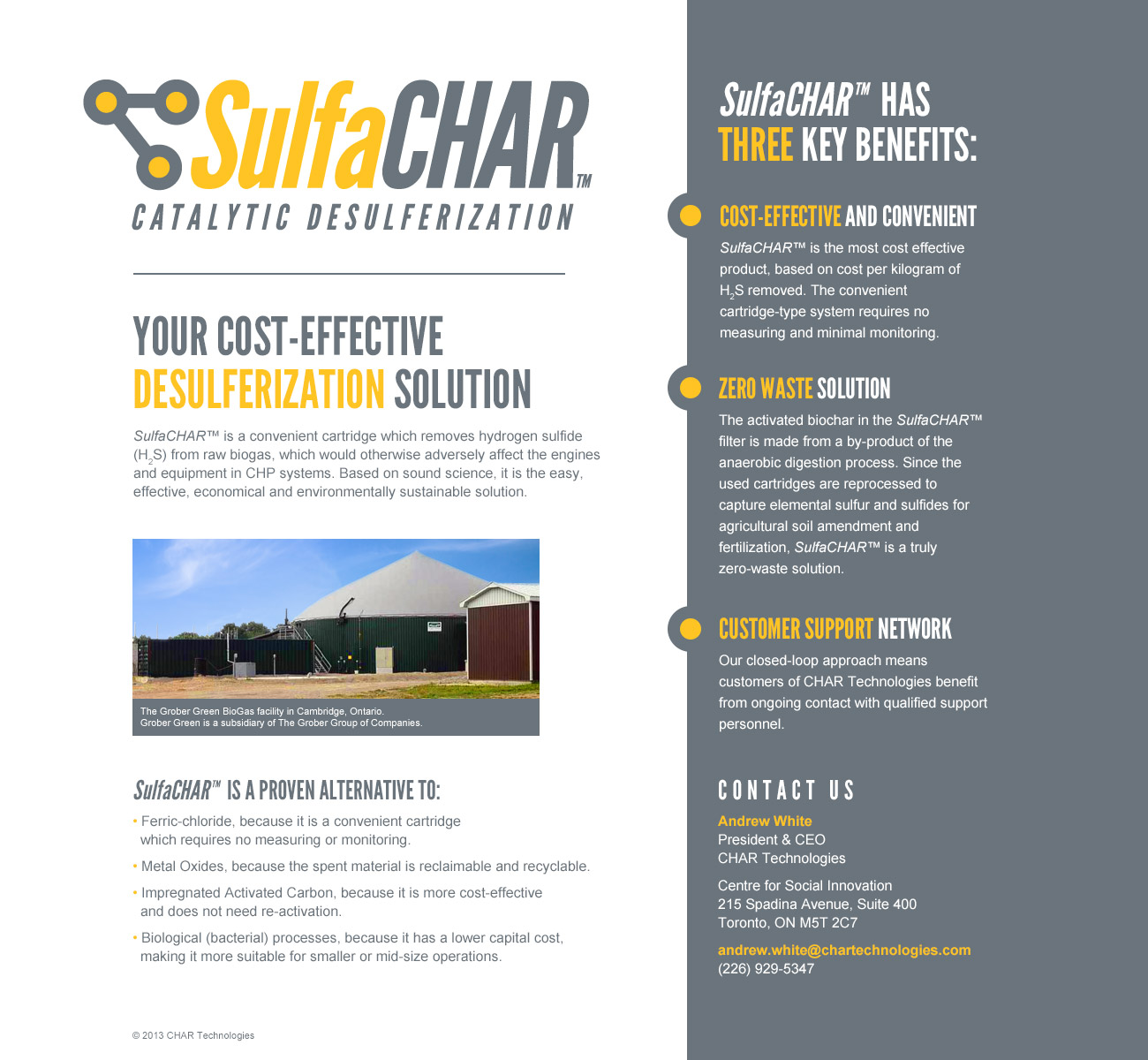 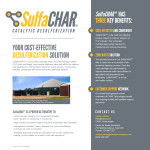 A Canadian chemical engineer, Andrew White, has invented a product that can transform the waste generated by biogas production into fertilizer – a system called SulfaCHAR. Mr White says his system eliminates chemical waste from the biogas process. At the same time,it increases renewable gas plants’ profitability and stops the degradation to gas engines caused by hydrogen sulphide (H2S).Biogas can be used to generate electricity or as a replacement for natural gas.It is moreover often considered a clean and carbon-neutral alternative to fossil fuels. However, the decomposition process generates carbon dioxide and other harmful gases.
Mr White explains that “the greatest asset of biogas is that it’s capturing methane that would otherwise be going into the atmosphere where it’s 22 times worse than carbon dioxide for global warming, so a great story, but the same bacteria that make biogas also make hydrogen sulfide which is toxic, corrosive, and causes a lot of maintenance cost in the industry. So we really need to get it out of the gas so that gas can be used.” The Canadian was motivated to find a zero-waste cleaning solution when he found out how much waste is generated in the biogas filtering process while touring a renewable natural gas plant some time ago.
In general, SulfaCHAR is unique because, in his words, “it catalytically converts the sulphide into sulphur.” He further explains that “sulphur is a fertilizer product and because the feedstock we’re making it out of is a fibre that’s almost a compost when we’re done with it we’re left with a carbon compost that’s already in the fertilizer form, so we don’t have to any reprocessing.” Stressing the advantages of this technology, Mr White also emphasizes that “as soon as we take it out of the tanks where it’s been used for gas cleaning we can apply it directly to the fields.”The system can be used in large-scale animal farming, municipal landfills, and wastewater treatment plants.