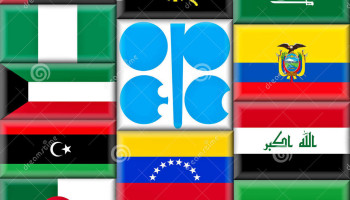 OPEC, the organization made up of the major petrol-exporting countries, said that there was growing evidence that US production would fall and that there would be a drop in supplies outside the cartel, which should eventually lead to a more balance in the market in the second half of this year.

According to Anjli Raval, crude prices rallied to the highest levels so far this week and there are further signs hinting a fall in US production. “The much-anticipated slide in production of light, tight, oil in the United States is gathering pace,” he said and added that the International Energy Agency (IEA) also expects the non-OPEC production to go down in 2016. The world’s oil supplies dropped by almost 300,000 b/d in March and non-OPEC producers accounted for about two thirds of that decrease. All stakeholders hold out hopes that the upcoming Doha talks, which will take place during the upcoming weekend, will lead to a deal that will support the market and alleviate “a still massive supply overhang”, the IEA commented. The agency also added that “if there is to be a production freeze, rather than a cut, the impact on physical oil supplies will be limited.”

OPEC oil production fell by 90,000 b/d in March this year as Nigeria, the UAE and Iraq were experiencing outages, which more than offset a further rise in supply from Iran and Angola. Iran’s comeback onto the global crude market is a more measured and well-paced than analysts expected. Despite the challenging times on the supply side, the IEA still estimates that global demand growth will remain stable mainly thanks to strong gains in India that remains one of the key demand supports.