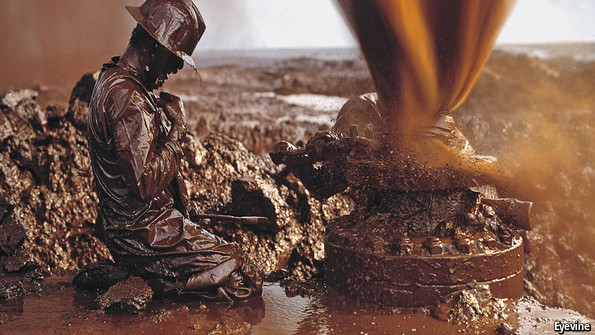 An average consumer is not, frankly speaking, used to the fact that oil prices can also fall. In fact, economic history reveals that the harshest economic crises were often triggered by an unexpected rise in oil prices, which happened a few times in the latter part of the last century. Then, most of energy crises were moreover caused by one or more members of the Organization of Petroleum Exporting Countries (OPEC) – in 1973, as a result of the OPEC embargo, in response to the United States’ involvement in the Yom Kippur War; then in 1979, in connection with the Iranian Revolution; and finally, in the 1990s, in response to the Iraqi invasion of Kuwait. This time, Saudi Arabia, OPEC’s leader and the world’s number one oil tycoon, absorbs lower prices to defend its market share. What a change.

The current situation is to a large extent the result of the ongoing American energy revolution. The United States’ production has now risen for four consecutive years and two years ago, the country posted its largest one-year increase since the dawn of the U.S. oil industry about 150 years ago. Unfortunately, this increase comes at an unfortunate time when global consumption has plateaued because of Europe’s economic depression, sluggish growth in the U.S., and what’s worse, also slower growth in emerging markets. As such, demand for oil products will remain weak regardless of the attractive prices.

In the short term, surely, drivers will benefit and so will intensive industries. Yet, those perks will not persist unless the demand for the products of intensive industries increases at the same time. The demand is crucial because one of the consequences of its continuous decline will be a slowdown in domestic production and likely also in new exploration investments. Needless to say that the production of shale oil is expensive and thus producers will eventually have to curb the output if they are unable to cover the costs due to a stagnant demand. For instance, Russia, whose relative economic prosperity is heavily dependent on the incomes from the production of oil, is already experiencing problems due to the lowering prices. It is generally assumed that American oil revolution has likely caused more harm to the Russian economy than West-imposed sanctions.

But Russia is also a harbinger of worrying prospects for the entire global economy. Following gloomy news in recent weeks, such as the three poor reports from Germany in August, dim growth forecasts by the IMF, global oil demand reports of the International Energy Agency, and the downgrade of trade prospects from the World Trade Organization, people start to lose confidence that governments know what they are actually doing.

Because the global economy and especially Europe still remain deadlocked in the hangover after the 2008 crisis, favorable oil prices will for now likely benefit only to consumers. Whereas the long-term consequences of tumbling prices will largely depend on the way and speed at which Western governments will be able to boost their countries’ economies, one thing is already clear: The American oil revolution has dramatically shifted the balance of power in the world to the (at least) short-term benefit of consumers and to the detriment of petro-states, such as Venezuela, Angola or Russia. As Rex Tillerson, CEO of Exxon Mobil, the biggest U.S. oil company, commented – the United States has entered a “new era of energy abundance” – meaning that the world’s oil supply and prices are no longer dependent on the politically unstable Middle East. For now, Saudi Arabia keeps the markets guessing whether it will cut its oil production in a desperate attempt to avoid what is possibly unavoidable.