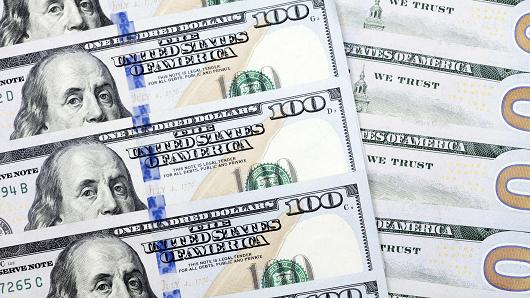 There are many reasons why this interaction between the US dollar and the price of commodities is normally expected. First, as already mentioned, many internationally traded commodities are priced in the dollar and so are the benchmark futures, such as Brent crude oil. Second, commodities are traded around the world and thus international traders buying them in US dollars have more purchasing power when the value of the dollar falls. As such, commodity buyers often follow the development of the dollar through monitoring, for example, of price quotes on the Dollar Index or on the ICE Futures Exchange.

Because the dollar seems to be such an important determinant of the trade in commodities, economists have called the currencies of countries – including Australia and Canada – that are heavily dependent on the export of raw materials, commodity currencies. These countries, typically, but not exclusively, developing and emerging economies, are often highly susceptible to the movements between the real exchange rate and real commodity prices. An IMF study found evidence in the support of such co-movement in a group of commodity-exporting countries, whereby the world price of their commodity exports has a stable and important effect on their real exchange rate.

In the real world, though, it is not as simple as empirical studies suggest. In the real world, different commodities have different relationships with the US dollar. A good example would be gold. Gold is marketed as a hedge against the dollar. It gained almost 3 percent last year even though the dollar index went up by 17 percent. Typically, gold investors see rising interest rates as bad news but currently gold futures rise despite higher interest rates. It is also expected that gold bullion prices will go up even if the Federal Reserve (FED) increases the interest rates that banks use for short-term loans. Critics, however, explain this “anomaly” that gold is not really a commodity but rather a store of value, something like an alternative currency.

Oil sometimes is an “anomaly” too. At times, and now it is such a period of time, oil and the US dollar have moved in opposite directions and analysts tend to agree that the relationship between oil and the dollar is not clear. Crude, for example, is produced by a concentrated global industry where many costs are incurred in US dollars. If the value of foreign producers’ oil is relatively higher in local terms thanks to dollar strength, then many expenses are higher as well. Lawrence Eagles, the head of British Petroleum’s North American and global crude analytics also thinks that the dollar-commodity relationships is not as straightforward as traditionally thought – “looking at the dollar as being one of the key drivers of what’s happening at the moment is a bit of a misnomer,” he points out.

Although the real relationship between the dollar and the prices of commodities is unclear, the future prospect of the dollar seems to be rather bright and robust. In the light of the Eurozone’s quantitative easing, Switzerland’s unexpected decision to unpeg from the euro and deflation fears in Japan, traders seem to start looking up to the dollar again.