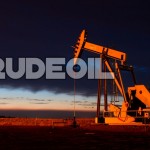 U.S.-Mexico crude oil exchanges that were approved in August by the U.S. Department of Commerce’s Bureau of Industry and Security will probably involve swaps of U.S. light sweet crude for Mexican heavy sour oil that the United States already imports. The swaps are believed to be both economically and environmentally beneficial for both sides because of differences in petroleum refineries and crude oil qualities. They are meant to increase operational efficiency in both countries while allowing more supply of Mexican gasoline that contains less sulfur.
U.S. Gulf Coast refineries are well equipped with desulfurization and coking capacity and as such they are able process heavy sour oil. However, the U.S. has recently increased its output of light sweet crude coming from the Eagle Ford formation of southern Texas. PetróleosMexicanos (Pemex), Mexico’s state-owned oil company, operates six refineries in the country with a combined crude distillation capacity of 1.54 million barrels per day (b/d), which is about 42 percent of Mexico’s total capacity. Three refineries have coking units and have necessary equipment to produce lower-sulfur gasoline. The other three can only produce limited amount of such gasoline, as they are not equipped with cokers.
Even though the full effects of crude oil substitution can be rather complicated, an analysis conducted by the U.S. Energy Information Agency (EIA) has found that there should be relative product yields.The partial substitution of Eagle Ford oil for Mexican oil in Mexican refineries would free up sulfur removal capacity in the country’s refining system, which would enable to produce greater amounts of lower-sulfur gasoline than the current capacity allows. More supply of lower-sulfur gasoline to Mexico’s motor gasoline market would moreover decrease sulfur emissions and bring other environmental benefits.