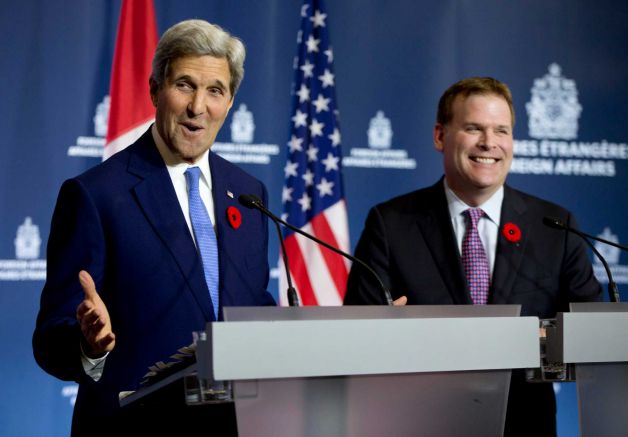 U.S. Secretary of State John Kerry promised on Tuesday (28 October) during his official visit to Canada to make a decision soon on Keystone XL crude oil pipeline, the proposed phase IV of the Keystone Pipeline Project, which would begin in Hardisty, Alberta, and extend to Steele City. The owner of the pipeline system, TransCanada, a major North American energy company based in Calgary, has waited for more than six years for the Obama administration to make a decision. Washington announced in April this year that the project had been put off indefinitely. The controversial project, which has been criticized by environmentalists for its possible negative impact on Nebraska’s Sand Hills region, would take up to 830,000 barrels per day of Alberta tar sands crude to refineries in Texas.

The State Department is now waiting for the results of a court trial on the routing of the line through Nebraska as well as finalizing its own study regarding the need for the line before it makes its final recommendation to President Obama on whether to give the project a greenlight. The presidential permission would put an end to the lengthy negotiations between TransCanada, the U.S. government, and activists. Although John Kerry said he would like to see a decision on the project very soon, he did not say precisely when that could happen. “I certainly want to do it sooner rather than later but I can’t tell you the precise date,” he added. The delay in the decision-making process has increased the cost of the line. TransCanada said last month that Keystone XL’s original estimated budget was $5.4 billion but now the company estimates that it is likely half of what it will cost to construct the pipeline.