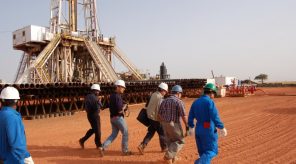 Uganda’s oil refinery construction is likely shifted by two years following delays with project studies. The front-end engineering design (FEED) was originally scheduled for completion in 2017 but the delay might endanger Uganda’s plans to reduce fuel imports and start exporting to the neighbouring countries. “FEED is just the beginning and it will impact on the completion of the refinery,” Energy Minister Irene Muloni said in an interview in the capital, Kampala. “For the refinery there is definitely a slippage.”  The minister, however, said that the plan was still to start producing in 2020, although there are some voices that output might begin a year later due to delays in investment decisions.

The project is led by General Electric Co. that is contracted to build the 60,000 barrel-a-day plant in the Hoima district of western Uganda. It will transfer oil from fields being developed by Total SA, Tullow Oil Plc and Cnoos Ltd – due to start operating in 2020. There are also plans to build a 900-mile crude-export pipeline via Tanzania, which will be constructed before the refinery is completed. Other partners involved in the venture are Yaatra Ventures LLC, Italy’s Saipem SpA and Kenya-based private-equity firm FireWorks Capital. Uganda has confirmed that France’s Total will also invest, as well as the Tanzanian and Kenyan governments.

Western Uganda is home to approximately 6.5 billion barrels of oil reserves, with at least 1.4 billion estimated to economically recoverable. Production licenses in the region are currently held by three companies – French firm Total, S.A., Chinese firm China National Offshore Oil Corporation (CNOOC), and British firm Tullow. It is estimated that the Eastern African country will need around $10 billion to cover the cost of the infrastructure needed to develop its oil reserves.