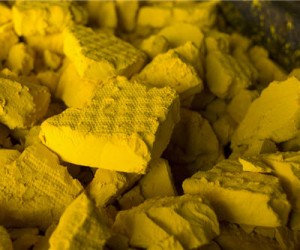 Recent developments in uranium markets have not indicated positive environment for investors as the spot price seems to move even lower. Yet, David Sadowski of Raymond James explains that the negative sentiment was caused by a lack of momentum given by the situation regarding Japan’s nuclear fleet. The beginning of this year started with the “reinvigoration” in the mining sector with uranium playing a substantial part in it. Mr Sadowski however pointed out that the very existence of Japan’s uranium-backed energy plan does not mean that everything will go smoothly in the uranium market. Although the restart of Japanese reactors is playing an important role in defining uranium prices, it is not the only factor. Mr Sadowski adds that the problem of overarching oversupply and term prices do also contribute to keeping uranium prices from pulling ahead. As he says, “there is simply too much supply out there and very limited and discretionary demand; it’s not enough demand to soak up that supply”.
Even though there have been some production cutbacks due to mine shutdowns in the post-Fukushima uranium market, not many operations have been in fact closed. Those uranium companies that have been hit the hardest by weak price environment are also those who have kept their projects, mostly development-stage projects, in the pipeline. Despite these obstacles, firms still manage to operate above the profit line due to long-term, fixed-price contracts. Many companies are also delivering into contracts that are priced higher that the current market prices. Other companies, in contrast, managed to sign fixed-term contracts when prices were higher. As a result of similar agreements, many companies have been able to withstand more difficult market conditions not only due to low production costs, but also due to contract pricing.