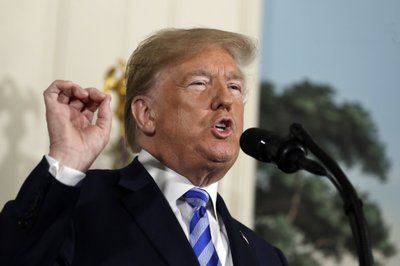 The White House is actively considering exceptions to the US sanctions on Iran that it will reimpose in November. Countries that are being considered are those that are reducing their imports of Iranian oil. The US administration that pulled out of the nuclear deal in May is now unilaterally re-imposing sanctions on Iran’s crude oil consumers. The punitive measures are meant to make Tehran stop its involvement in conflicts in Syria and Iraq and around the Middle East as well as stop is ballistic missile program. Meanwhile, Tehran says it sticks to the 2015 nuclear deal, which it struck with a group of major powers, including the United States.

Donald Trump’s administration is now internally reviewing exceptions called the significant reduction exemptions (SRE) waivers. This comes after Secretary of State Mike Pompeo had said in India in September that Washington would consider exemptions to some buyers of Iranian oil but admitted that it would take a “little bit of time” to unravel trade relations with Tehran. India is Iran’s second most important oil buyer after China and it will buy 9 million barrels of Iranian oil in November – a sign that India will likely continue buying crude from Tehran.

While White House National Security Adviser John Bolton said last week that the administration’s objective was that there would be no exceptions and “exports of Iranian oil and gas and condensates drops to zero”, it was unlikely that the administration would achieve this goal. The administration is “prepared to work with countries that are reducing their imports on a case-by-case basis,” the official admitted.