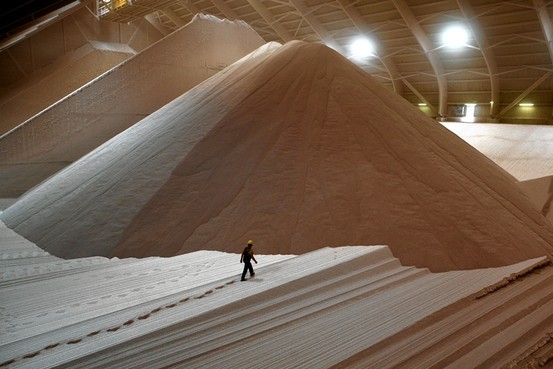 Yara International, a Norwegian-based chemicals company, and CF Industries, a Chicago-based manufacturer and distributor of agricultural fertilizers, are in negotiations over a merger of equals that could end up in the creation of a 27.5-billion-dollar global fertilizer producer. The agreement would provide Yara, being the world’s biggest manufacturer of nitrogen fertilizers, with major production units in the United States, where the production is less expensive thanks to availability of cheap gas. CF Industries would in contrast get access to 150 markets in which Yara is present and in which it has created an extensive distribution network.

The combined market capitalization of the two companies is worth 27.5 billion dollars which would rival even the world’s largest fertilizer manufacturer, Canada’s Potash Corp of Saskatchewan worth 28.9 billion dollars. Both firms said that the negotiations were still in an early stage and there was no guarantee that they would eventually result in any transaction. Yara commented that it had been made go public because its talks with CF Industries were at risk of a leak. Although the company would like to finish the negotiations swiftly, not much progress is expected in the upcoming days. Analysts think that any future deal would be beneficial for Yara. An agreement would actually diversify the company’s cost base away from Europe, which is still one of the most expensive regions for fertilizer production globally. According to JP Morgan, “Yara could integrate its US export and marketing business, for example, and thus expand its nitrate business into North America”.

In 2010, Yara and CF fought over the control of their US competitor, Terra Industries, which was subsequently won by CF with its 4.7-billion-dollar offer. The agreement also resulted in Yara and CF getting 50–50 joint venture operating Britain’s GrowHow production units. If the merger of the two companies really went through, regulatory concerns were thought to be minimal. While Yara has only few operations in the United States and it runs a well-managed distribution network, in contrast, CF mainly focuses on its production in the United States where it also has its major production assets.