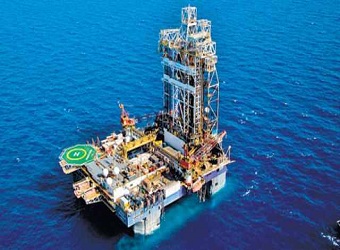 The leadership of Israel’s giant oil company, Leviathan, said that they had signed a preliminary agreement with British oil and gas firm, BG Group, to settle a deal to export gas and a liquefied natural gas (LNG) to a BG’s plant located in Idku, Egypt. In the preliminary deal, Leviathan would sell and supply 7 billion cubic metres (bcm) every year for 15 years via an underwater pipeline. An anonymous source from Tel Aviv said that such the agreement could be worth up to 30 billion USD. The pipeline would be constructed by BG and a final agreement was anticipated by the end of this year.
If finalized, the deal would be among the largest in Israel’s fledging energy sector and would help partners of Leviathan to develop the company, which manages about 19 trillion cubic feet of gas and is believed to go online in three years. Much of the firm’s reserves are meant for export. BG said that Leviathan negotiations were one of a number of possibilities that the company was considering in order to increase the supply of gas to its Egyptian plant. The BG exports to more than 20 countries and the talks with Leviathan come after Australia’s number one gas producer – Woodside Petroleum – ditched visions to take a stake worth almost 2.7 billion USD.
BG’s exploration and production decreased by 4 percent in the first quarter of this year, which was caused by output problems in Egypt where the firm’s LNG project did not succeed in delivering any cargoes during the first three months. Production in Egypt went down by 35 percent compared with the fourth quarter as Egypt’s domestic market took more supply for which BG obtains lower payments. The company said that the Egyptian government did not respect their mutual agreements and diverted more gas for the local market.